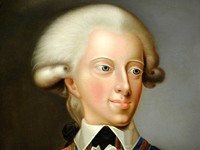 1833: Reaching for the stars: The Astronomical Observatory.

1852: Monumental architecture: The university campus at Karl Johans gate in its heyday. 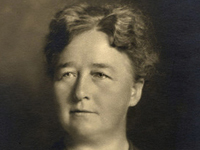 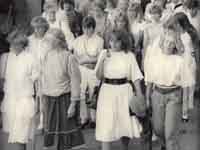 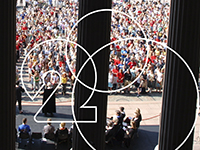 2011: Stronger than ever. The university celebrates 200 years of existence.

King Frederick VI of Denmark had long been opposed to the idea of establishing any university in the province of Norway, fearing it might stir up separatist emotions. But in 1811, after a successful campaign, the Danish king is persuaded: Norway will have its first university, the Royal Frederick University, Universitas Regia Fredericiana.

The university opens in Christiania (the former name of Oslo), counting 7 professors and 18 students. At this time, Christiania is still a provincial town in a country without a capital. A year later, however, things change dramatically: Norway declares its independence and adopts its own constitution in 1814.

The University’s Astronomical Observatory in Christiania is built. Designed for cartographic, astronomic and other observational purposes, Christopher Hansteen’s observatory becomes an important symbol of national identity and a landmark of scientific progress.

W.C. Brøgger is appointed the first rector (president) of the university.

Kristine Bonnevie becomes the first female professor at the Royal Frederik University, one year before Norwegian women are given the right to vote.

Fridtjof Nansen - explorer, scientist and national icon - is awarded the Nobel Peace Prize for his work for refugees and victims of World War I.

The extended Blindern Campus opens. Baby boomers flock to a modern university with spacious and functional buildings. Over the next decade, the number of UiO students will triple.

Ivar Giæver is awarded the Nobel Prize in Physics.

Trygve Haavelmo is awarded the Nobel Prize in Economics.

The New University Library building, Georg Sverdrup’s hus, opens at Blindern, replacing the old one from 1913.

The University celebrates its bicentennial with a number of festive events.