At the University of Oslo, we have long worked to reduce our energy consumption. High energy prices and increased costs has made it necessary to introduce new measures, with the aim of further reducing our usage.

These are the measures

Here you will find information about UiO's buildings, opening hours and co-use. The overview will be updated consecutively as the Estate Department discusses the energy saving measures with each faculty.

An overview of the buildings 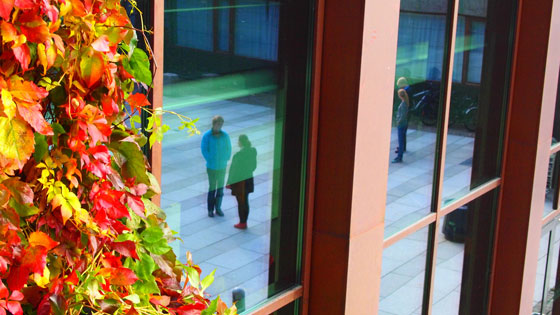 All measures have been discussed with the units, students and trade unions, and there will be close dialogue with safety representatives. No action will be taken until the Estate Department and the faculties have been in dialogue.

Employees who need individual adaptation at their workplace must agree this directly with their immediate manager.

The measures shall not affect the academic activities at the university.

Do you want to contribute?

UiO has for many years worked actively to reduce energy usage in its buildings, both to cut its carbon footprint and to reduce costs.

Since 2017, energy consumption in buildings has been reduced by approximately 25 percent. Several other measures are planned, and through its climate and environmental strategy UiO has committed to a cut in energy consumption of at least 30 percent.

Currently the costs associated with electricity and energy have skyrocketed, both nationally and internationally. Higher energy prices could give UiO additional expenses of NOK 130 million in 2022 and NOK 170 million in 2023 — according to forecasts.

The planned additional measures are expected to result in savings of around NOK 35 million.