"European values in times of upheaval – our political, institutional and economic order under pressure." 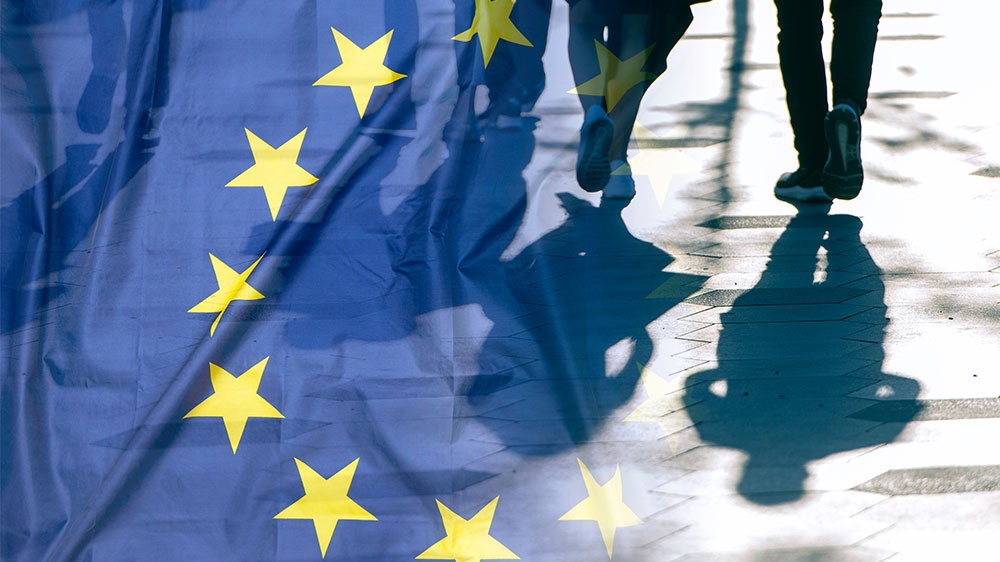 Welcome to Oslo for the Circle U. National Conference!

We live in turbulent times, on a continent where our values are under pressure. This two-day conference will shed light on academic freedom, quality assurance and implications of the war in Ukraine, with a mixture of keynotes, plenary debate and key lectures. The conference will be held in English.

The conference is free and open to all, but you need to register. You can choose to take part in the whole conference or parts of it. Please use the registration form below to let us know.

European values and higher education – Has the Bologna process built the institutional frameworks we need?

The conference will be streamed from 13:30 to 15:45. The link to the stream will be available on the day of the conference.

Kelly is in her third semester of the MPhil in Higher Education program at the University of Oslo. She obtained a BA and an MA in European Politics and Policy from New York University, and prior to coming to Oslo, she worked in international education and career services at a small college in California.

In addition to her studies, Kelly works part time with the Climate Action Network for International Educators (CANIE) and co-produces and hosts a new podcast, THESIS: Trends in Higher Education Systems in International Spheres.

Svein Stølen, Rector of the University of Oslo

Stølen has been elected the first president of Circle U. In addition, he chairs the board of Norway's first innovation district, Oslo Science City, the board of The Guild of European Research-Intensive Universities and is board member of Oslo University Hospital. He leads the Olav Thon Foundation's two professional councils, and the Anders Jahres Foundation for the Promotion of Science.

He is a professor of chemistry, with research interest in inorganic materials, especially relationships between structure and properties.

Dr. Andrea Petö, winner of the University of Oslo Human Rights Award, is a Hungarian historian and a professor of gender studies at the Central European University. She receives the Human Rights Award for her defence of academic freedom and institutional autonomy.

The contemporary moment in which we as Europeans find ourselves is shaped by environmental destruction, political polarization, structural and other forms of violence, and the transformation of liberal democracy into autocracies of different forms. This explains the predominance of apocalyptic visions and doomsday scenarios in contemporary political discourse and media. That is why it is important that the alternative tools of knowledge production and practices of political engagement, which are already being put into effect in various activist communities throughout Europe and beyond, become more visible. The talk discusses why higher education matters as a site of knowledge production, transfer, and a site of academic authorization producing “better stories”.

14:15–14:45 Keynote: Mosaic Commandments or starting point for exploring common values? The role of the Standards and Guidelines for Quality Assurance in European Higher Education.

Dr. Jungbluts research interests include among others party politics, policy-making, and public governance in the knowledge policy domain (higher education & research policy), organizational change in higher education, the role of (academic) expertise in policy advice, and communication of public organizations.

The Standards and Guidelines for Quality Assurance in European Higher Education (ESGs) have been a key policy instrument in the harmonization of European higher education policy. Initially adopted at a ministerial meeting in Bergen in 2005, they are the reference frame for quality assurance work in the European Higher Education Area (EHEA) and an important basis for international collaboration.

The keynote will present a short overview of the development of the ESGs over time as well as discuss the role that the ESGs can or should play in European higher education today.

15:00–15:45 Panel debate on European values in the higher education area

European values is one of the core foundations of the European higher education area, a foundation that is also important for the European University Initiative. How are these values built into the structures we are developing in Europe – for example in European quality assurance practices? Have we ended up with technocratic rules and regulations without paying attention to the European values we want to promote?

Moderator is Bjørn Stensaker, Vice-Rector for Education, University of Oslo.

We leave Domus Bibliotheca and walk across the University Square to Domus Academica where Dr. Andrea Petö is awarded the University of Oslo Human Rights Award for 2022. This also marks the opening of the Oslo Peace Days.

Programme for the award ceremony

From 17:15 Reception after the award ceremony

After Dr. Andrea Petö has received her award we move back to Domus Bibliotheca for the Human Rights Award reception.

War in Ukraine and its implications for Europe

The conference will be streamed from 9:00 to 10:05. The link to the stream will be available on the day of the conference.

This event is dedicated to the ongoing war in Ukraine and the social and security consequences this conflict has on the political and economic order in Europe.

Three keynote lectures tackle the interconnected issues of memory and war, trust and war, and security and war. Lectures are followed by three roundtables (on the same topic) where participants from Circle U. partner universities, along with keynote speakers, discuss issues raised during the keynote presentation.

Wars and conflicts are among the most frequent elements in social memories. Their usage, however, is highly ambiguous. Collective memories of suffering promote solidarity among group members and provide a framework for interpreting the scattered individual experiences. At the same time, those memories carry an exclusionary potential towards outgroups, making rapprochement more difficult. By combining theoretical models with case studies, the lecture addresses this nexus between wars, memory, and identity.

Stipe Odak is a researcher at the Institut de sciences politiques Louvain-Europe at UCLouvain (Belgium). He received his Ph.D. in Political and Social Sciences from UCLouvain and a doctorate in Theology from KU Leuven (Belgium). His research focuses on the intersections of religion, conflicts, and collective memories. In 2019-2020, he worked as a Fulbright fellow at Columbia University, developing a theory of post-conflict memory as a form of performative justice. He is a published poet and a member of PEN International.

9:25–9:45 Keynote: Historical Corruption and Trust Lessons from the Scandinavian Arm’s Race and War in Europe Today

The Scandinavian arm’s race between Denmark-Norway and Sweden-Finland in the sixteenth and eighteenth centuries created what could be termed a ‘fiscal-military state’. Fighting corruption was necessary to increase warfare capacity and probably benefitted social trust accumulation and economic growth as well in peace time. Could such lessons apply to war in Europe today?

Gert Tinggaard Svendsen is a professor of Comparative Politics at the Department of Political Science, Aarhus University. He got his PhD (Econ.) in 1996 and MSc (Pol.Sci.) in 1991. Svendsen is active within the public choice societies, e.g. member of the editorial board of Public Choice (2004–2009), Chair of the Danish Public Choice Association (2004–2006), and elected member of the Executive Board in the European Public Choice Society (2014–2017). Svendsen is the author of numerous books and peer-reviewed articles in leading international journals. His main research interests are trust, social capital, collective action problems, institutional quality, welfare economics, and climate policy. In 2016, Svendsen was dubbed Knight of the Order of Dannebrog by the Danish Queen for his scientific contributions.

Iver will focus first on Russia’s key war aim that seems to have been to gain more strategic depth towards NATO by means of an imperial strategy, and how this backfired by firming what Russia now calls ‘the collective west’. As a consequence, the new European order will turn on a razor-sharp boundary separating Russia and probably Belarus from NATO. Iver will then go on to discuss how the conflict is primarily a regional one, and how this makes the present situation distinct from that of the cold war 1949–91.

Iver B. Neumann is a Director of the Fridtjof Nansen Institute at Polhøgda, Lysaker. From 2012-2017 he was the Montague Burton Professor of International Relations at the London School of Economics and Political Science. He has also served as Research Director and Director at the Norwegian Institute of International Affairs (NUPI) and Adjunct Professor in International Relations at the Norwegian University of Life Sciences. His research interest is in how polities relate to one another, in pre-history, in history, in imagined worlds, and in principle. He usually draws on Continental social theory to analyse this, and use empirical examples from Russian foreign policy, Norwegian foreign policy and, increasingly, from archaeology.

Three roundtables on the topics covered by the keynotes. Participants join one of the roundtables, but can switch tables if they find other topics also interesting.

The venue Domus Bibliotheca is located in the heart of Oslo between the Parliament building and The Royal Palace.

Getting from Oslo Airport to the city center is easy. The train takes about 20 minutes from the airport to the city centre. The train routes L12 Kongsberg, R10 Drammen or R11 Skien are the least expensive travel options from the airport. Visit vy.no for train routes and tickets. You can also use the Airport Express which departs every 10 minutes from Oslo Airport.

Tickets for all public transport while you're in Oslo can be bought from Ruter. To have the Ruter app installed on your phone is the most convenient way to find routes and buy tickets, but you can also choose to buy a physical Travelcard.

Since the conference is held in the city centre you have many of hotels to choose from in walking distance from Domus Bibliotheca. See Google maps for an overview.

It's not easy to predict the weather, especially since last December it was everything between -10°C and +8°C. Our best advice is to check the weather forecast at yr.no before you leave home.