The University of Oslo announces Seyran Ates as the winner of the UiO Human Rights Award 2019. Seyran Ates is a lawyer and imam at the liberal Ibn Rushd-Goethe Mosque in Berlin. 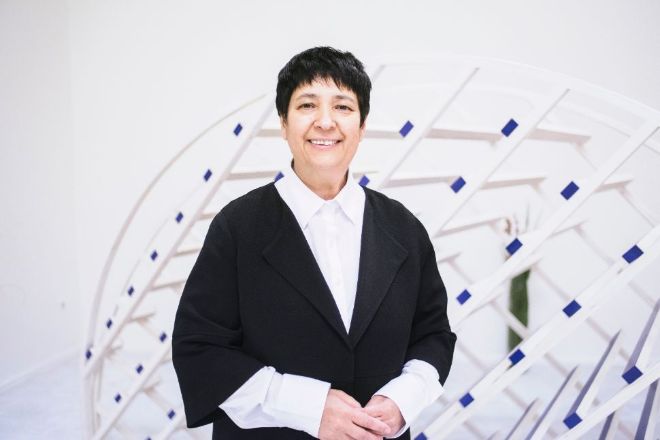 - Some people have no limit to their bravery, and Seyran Ates is one of them. She shows an intense will to fight for universal values and human rights, at the expense of her own personal freedom and at the risk of her own life. Most of us cannot fully understand the extent of courage that such a battle requires, but we should support, honour and reward it. We sincerely congratulate Seyran Ates as the winner of this year’s Human Rights Award» says University of Oslo’s rector, Svein Stølen.

Seyran Ates was born in Istanbul and came to Germany with her family at the age of six. She is a lawyer, a women’s rights activist, a writer and a Sunni Muslim. In 2017, she established the liberal Ibn Rushd-Goethe Mosque in Berlin. Through a long career, she has worked for freedom of expression, human rights and against religious prejudice. As a specialist in criminal and family law, she has worked diligently to pass legislation against forced marriage.

- It is such an honour to receive the University of Oslo's Human Rights Award! I was moved to tears when I heard that I would be awarded. Human rights activists like me follow an inner calling in their struggle for human rights and human dignity. This inner calling is what keeps us going, also when it seems like the world is against us. But we, too, sometimes need a reminder, that our struggle is recognized and worthwhile. Thank you for being this reminder in a time, when it was so dearly needed. Thank you for your support!, Seyran Ates says.

- With her liberal religious platform, her serious political criticism, and her opposition to the patriarchy in all religions and societies, Ates has raised awareness of how important it is that all citizens must respect universal human rights and democratic rules of play (…) Her efforts have challenged us all because she shatters prejudicial boundaries with her speech and writings. She leads a courageous struggle for liberation with almost no support from her own community, the prize committee states in the nomination.

The human rights award ceremony will take place in Gamle festsal at the University of Oslo on Thursday 5 December, as part of Oslo Peace Days 2019. Friday 6 December, the winner will give a lecture related to human rights.

About the Lisl and Leo Eitinger’s Fund

Leo Eitinger was Norwegian-Jewish humanist, doctor and professor of psychiatry at the University of Oslo. Together with his wife, he founded Lisl and Leo Eitinger’s fund in 1984. The prize was first awarded in 1986, to Elie Wiesel.

About the University of Oslo's Human Rights Award and previous winners