The International Summer School at UiO (ISS) was one of the summer schools in the world that did not cancel due to the Covid-19 pandemic, but instead offered a comprehensive digital alternative. The result has been unexpectedly good, with an overwhelmingly positive response from students. 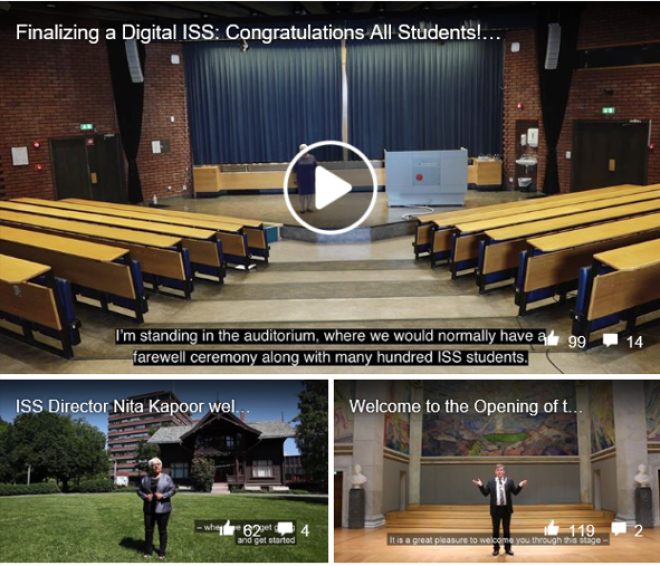 All seminars, meetings and work was done digitally during this years International Summer School.

When the Summer School started at the end of June, we were concerned about a potentially large dropout rate if students did not experience their digital summer courses as sufficiently engaging, says director of ISS Nita Kapoor. It’s gratifying to acknowledge that our fears were unjustified as we now summarize this summer's experiences.

In March, the administration at ISS had to make a decision: What to do about this year’s International Summer School? At that point in time, ISS had a large group of students who had applied and been accepted, but who would probably no longer be able to travel to Norway or sit together in a classroom.

Our ideal has always been to build bridges across borders, and this year that ideal seemed more important than ever. Of our 23 planned courses, we were able to digitalize 12 into fully-fledged credit-awarding courses. And we managed that in record time, thanks to a huge team effort from both academic and administrative staff, Nita Kapoor says.

The result was that 500 students from almost 80 countries, spread over 17 time zones, took

Alexander Bielicki, who teaches the Bachelor’s course 'The Norwegian Welfare State' at ISS, says that there has been more diversity among the students in his class than previously, as more people had the financial opportunity to participate since there was no participation fee or visa restrictions this summer.

Sarah M. Gomaa from Egypt, who took the Master's course “International Development Studies” at ISS, said that she was very happy that ISS was digital this year, because even though she had received a scholarship to travel to UiO, she would have lost her income from work. This summer she has been able to attend ISS while working full time in Egypt.

It is important for us to take ‘the international classroom’ seriously, and when we talk about diversity, about gender, nationality and professional diversity, economic diversity is also an important element, says Kapoor. “We offer a large number of scholarships every year in order to enable students from the global South to also participate, but due to our digital summer, we were able to reach even more students.

Master's student Sarah says that the Summer School has changed her on a personal level, and that even though it was digital, it has been an adventure. She hopes she will be able to meet her classmates in person some time in the future. The biggest criticism from this year’s student evaluations was not having informal and ‘analogue’ opportunities to spend time with fellow students in Norway.

It is very gratifying to see that 93 percent of our students write in their evaluations that they will recommend their course to others. In all probability, digital solutions as a supplement to analogue teaching at the Summer School, are here to stay, says Kapoor.