The pension scheme for UiO employees is administered by the Norwegian Public Pension Fund (SPK) and the Norwegian Labour and Welfare Administration (NAV).

To earn pension rights in the Public Pension Fund one must also be a member of the Norwegian Social Security System (NAV).

Where are you a member?

Prerequisites for payment of pension

At least three years of membership of the Norwegian Public Pension Fund is required for the disbursement of a pension.

Monthly-paid employees pay pension contributions if they have a more than a 20 % position.

Hourly-paid employees and part-time employees have pension contributions deducted if the total number of working hours gives the right to membership. The payroll system calculates this automatically.

People employed by both UiO and other public-sector employers

Read more about membership of the Norwegian Public Pension Fund (spk.no) and about how you can gain access to your personal data.

Some employees at UiO are members of Kommunal Landspensjonskasse (KLP) or other pension funds. This only concerns adjunct professors and dentist instructors with membership in SPK through their principal employment. For comprehensive information contact the pension fund of your principal employer.

Your retirement pension shall assure you of a living from the time you turn 67.

The contractual early retirement scheme is for government employees and teachers. The scheme is under revision in connection with a new national insurance pension system.

In order to apply for AFP, you must:

Exceptions: Central government employees who are not members of the Norwegian Public Service Pension Fund or who do not have 10 years of membership in public occupational pension schemes since turning 50, but who in other respects fulfil the conditions for receiving AFP pursuant to the Federation of Trade Unions/Confederation of Norwegian Business and Industry (LO/NHO) arrangement, receive the same benefits they would have had under the LO/NHO arrangement including the AFP supplement of NOK 1 700 per month.

With employer’s consent, employees with 60% or more of a full-time position can draw part of their pension. The condition is that they continue to work in at least 60% of a full position. Thus it is possible to draw AFP equivalent to a maximum of a 40% reduction in a full position.

A disability benefit (nav.no) may be granted if there are no prospects of an improvement in your earning and work capacity. The disability benefit is intended to assure a living for persons whose earning capacity is permanently reduced as a result of illness, injury or impairment.

There are two types of benefits:

Five conditions must be met for a person to have a right to disability benefits:

Termination of employment with a pension

UiO's routines for termination of employment with a pension 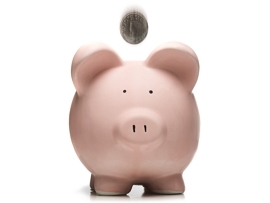