Telling the Story of the State: A Comparative Study of Venezuela and Mexico from the Perspective of Popular Culture

Audun Solli will defend his doctoral thesis The power of film in Venezuelan and Mexico, 1980-2010. Contesting and supporting state power on 24 January 2014.

What kind of entities are states? How are they best conceptualized? This project aims to contribute to the debate on the state under the era of globalization by using a perspective from popular culture to analyze the cases of Venezuela and Mexico. To understand the nature of the changes that states undergo, a pertinent question is how people living under them experience these changes. How do they affect their views on the state’s legitimacy? This study partakes in a growing scholarship that calls for theoretical approaches to statehood that abandons the static analysis inherent in traditional ideal-typical approaches. The aim is to bring “the state back in without leaving the people out” (Scott). I propose that popular culture provides an illuminating perspective for such research. I see popular culture as one avenue where social change plays itself out. I look at the relationship or boundary between state and society in Mexico and Venezuela by analyzing the content, reception and audience of their films, music, and novels 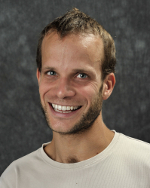 Audun Solli works at the Department of Literature, Area Studies and European Languages.