The Programming of Influence: Science Fiction in a Trans-cultural Context

Science Fiction (SF) developed alongside the birth of a scientific worldview in the nineteenth century, a moment marked by the proliferation of disciplines such as sociology, anthropology and eugenics. These disciplines received their justification and logic from colonial contact, and colonial locations also became sites for testing out these new sciences. SF combined the knowledge of these disciplines with fictional prolepsis, and is thus intricately tied to the colonial logic. Moreover, cultural forms are bound by themes and historical context, and not necessarily geographical location. In the context of colonial contact between Britain and India, SF in colonial Bengal emerged at almost the same time as the first works of H. G. Wells in Britain, as the necessary outcome of a shared field of ideas for the centre as well as the colony. This is not to say that there are no differences between the SF produced in the two locations because the grounds for engaging with similar ideas were significantly different for the two. Even when SF is understood as a by-product of colonisation, SF in the colony differs significantly because the transplanted discourse of European science must contend with, and often must be seen as a supplement to indigenous systems of knowledge in the colony. I have chosen a specific site for my comparative analysis of these different worldviews, but my aim is to introduce a critical discourse whose formulations will be applicable, with revisions, in similar contexts. I have chosen Bengal and the Bengal renaissance of the nineteenth and twentieth century as an entry point into the debates that remain embedded in contemporary understanding of scientific rationality as well as into the cultural artefacts that are the outcome of scientific worldviews, including, but not limited to, SF. 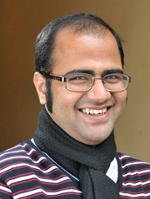 Bodhisattva Chattopadhyay worked at the Department of Literature, Area Studies and European Languages (2010-13).