Given that the FIA World Rally Championship (WRC) has grown from a minor venture in 1979 to become a multi-million dollar, transnational technology battle and terrestrial multi-media phenomenon in 2010, sometimes with as much as 800 million TV viewers annually, the relevance of studying WRC from a sociological angle has become apparent. This PhD project seeks to investigate how the WRC, which each year is run in fourteen countries on three different continents, evoke socio-cultural, economic and logistic processes in society. Moreover, using the WRC as systems manager of transnational processes, I seek to contribute to the development of ethnographic research techniques adapted to a globalizing world.

Anne Krogstad, professor at the Department of Sociology and Human Geography (Faculty of Social Sciences). 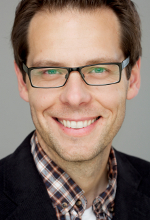 Hans Erik Næss works at the Department of Sociology and Human Geography.