Malin Ah-King is visiting the Science Studies Colloquium Series. Ah-King is an evolutionary biologist and gender researcher (Associate Professor in Gender Studies). Since she received her PhD in Zoology, Stockholm University, she has worked with interdisciplinary gender/biology research in different ways, by problematizing notions of biological sex as binary and stable, highlighting gender stereotypes and heteronormative conceptions in theory and research. 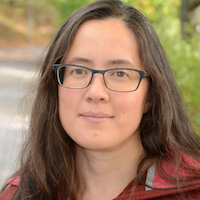 How have views about females shifted in the international evolutionary research community of evolutionary biologists? Darwin described females as passive and coy, thereafter females were long expected to gain no benefit from mating with more than one male. Since 1980, evolutionary biologists’ views have undergone a radical shift following the findings that females often mate with multiple males. Early polyandry research was male-focused, followed by increased interest in questions pertaining to females.
I have conducted oral history interviews with researchers in the field and charted the shifts in views about females – from monogamous to multiple mating, from passive to including opportunities for active sexual strategies – to outline the history of females in sexual selection and how the boundaries of the canonical knowledge were upheld and challenged. I use epistemology of ignorance to understand how and why diverse forms of knowledge have not formed or are ignored or delayed. The project shows how cultural assumptions influence biological research and how culturally induced ignorance of female perspectives can be perpetuated into new research fields.
I will also present my plans for a forthcoming project on what I call the Ontological controversy over sex differences in evolutionary biology.
E-mail this page
UiO > University of Oslo >
Research >