Professor Geir Hestmark, Centre for Ecological and Evolutionary Synthesis (UiO), is visiting the Science Studies Colloquium.The lecture is open for everyone. 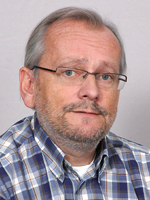 The discovery of ice ages counts among the greatest breakthroughs in the Earth sciences and our understanding of dramatic climate changes. The pioneer contribution here was Danish-Norwegian geoscientist Jens Esmark's 1824-paper on the Scandinavian ice age, a totally new reading of the Nordic landscape. The genesis of his paper has however remained much of a mystery due to the parsimony of the published record and the scarcity of unpublished written sources. To understand both what he discovered, and how he made his discovery, I here take a closer look on the observational basis of his claims, in other words on 'nature itself', and discuss the significance of essential locations also for the meta-perspective of the historian of science. An important part of the inquiry was the actual identification and confirmation of Esmark's locations, many which have remained unknown until now.