Nancy Cartwright (University of Durham): The Dethronement of Laws in Science

Nancy Cartwright, Professor of Philosophy at the Department of Philosophy, University of Durham and at the University of California, San Diego (UCSD), is visiting the Science Studies Colloquium Series. The lecture is open for everyone. 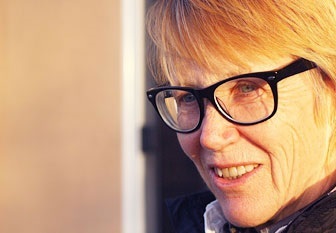 The Dethronement of Laws in Science

From the faceless particles of fundamental physics to marshes, mountains, and rain forests, fleas, walruses, and traffic jams, we used to live in a world governed by eternal, all encompassing laws, laws discovered by the experiments of physics and encoded in its mathematical equations. But this 400-year old image of the governance of nature by eternal, universal laws is today being undermined by exciting new modes of understanding across the sciences, including physics and biology, as well, perhaps less surprisingly, as in the study of society.

We live our everyday lives in a dappled world quite unlike the world of fundamental particles regimented into kinds, each just like the one beside it, mindlessly marching exactly as has forever been destined. The everyday world is one where the future is open, little is certain and the unexpected intrudes into the best laid plans, where everything is different from everything else, where things change and develop, where different systems built in different ways give rise to different patterns.

Philosophers call the reflective picture of what we experience in our everyday lives, the manifest image; 'manifest', as the Concise Oxford Dictionary says: ‘shown plainly to the eye or mind’. The philosophical contrast is with the scientific image, the image of the world as our best science pictures it. For centuries since the Scientific Revolution, the two have been at odds. But many of the ways we do science today bring the scientific and the manifest images into greater harmony. For much of science understands and models what was previously unintelligible, devises methods to predict what will happen in the future (and with very great precision) and builds new technologies to manipulate the world around us without resort to universal laws.

The reaction against the received view of scientific laws as universal and exceptionless has been as diverse and widespread as the scientific disciplines from which criticisms have been developed.  No one view is the same as any other.  But they have in common a picture in which laws are not the immutable and exceptionless governors of a nature completely ordered under them. In this talk I will provide a brief overview of some of the recent more general work exploring the dethronement of universal laws in two different natural sciences: biology and physics.