Nick Hopwood (University of Cambridge): Proof and Publicity in Claims to Human in Vitro Fertilization

Nick Hopwood, Department of History and Philosophy of Science,University of Cambridge, is visiting the Science Studies Colloquium Series. The lecture is open for everyone. 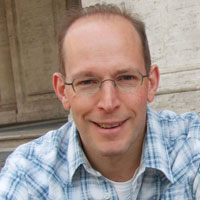 Born following in vitro fertilization in Oldham in 1978, Louise Brown made global news as the first ‘test-tube baby’ and eventually won Robert Edwards a Nobel Prize. Yet she was far from the first to be announced. Since the 1940s various researchers had reported having fertilized human eggs to produce embryos and even infants, and led journalists to anticipate all manner of brave new worlds. The talk will ask how scientists pressed these claims and how their colleagues assessed and contested them. It will pay special attention to the negotiation of standard criteria in journals, textbooks and newspapers, at conferences and on television. This will offer fresh perspectives on a founding achievement of reproductive biomedicine and on communication in science after World War II.