Tor Egil Førland, Professor of History at the Department of Archaeology, conservation and history, University of Oslo, is visiting the Science Studies Colloquium Series. The Lecture is open for everyone! 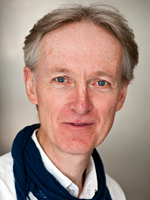 The anti-positivist deluge of the 1960s and 1970s swept away the ideal of objective, meaning neutral, historiography. Left was the acknowledgement of the historian as an engaged scholar, guided or at least influenced by his or her worldview and values, and playing a political role whether intentionally or not. The poststructuralist tide of the last decades only increased the feeling of living in a postfoundational age. I discuss four epistemological challenges to objective historiography: (i) the independence of narrative relative to facts, as one set of the latter can support narratives of different kinds (Hayden White); (ii) the instability of narrative sentences, which means that descriptive closure is unavailable (Arthur Danto); (iii) the indeterminacy of interpretation, preventing the definitive description of action (Donald Davidson); and (iv) the indelibly subjective element of description since every event is in one sense a linguistic construct (Paul Roth).

It is granted that each one of these challenges represents an impediment to objectivity in a strict, or global, sense. And yet historians have produced a myriad of facts as well as middle-range theories that are never seriously contested. I claim that what can be termed local objectivity supplies a pragmatically solid ground for second-order theories, whether of narrative or other form.

Moreover, I attempt to establish a foundation for theory choice in historiography—or rather to point to the foundation on which historians perhaps unwittingly have been standing—by means of cognitive values as described by philosophers from Kuhn to Kuukkanen. Using such epistemic values as the standard for assessing competing interpretations allows for scholars to be politically engaged or ideologically driven in their research, while still holding the potential for distinguishing between theories on the basis of scientific criteria. In this way historiography can transcend the notion that theory choice, if not objective and disengaged, must be determined by ideology or political values.