Wendy Kline, Dema G. Seelye Chair in the History of Medicine at Purdue University, is visiting the Science Stuides Colloquium Series. The Seminar is open for everyone! 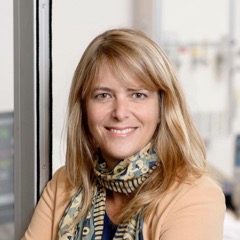 On November 13, 1956, recently certified Czech psychiatrist Stan Grof swallowed 150 micrograms of LSD as one of the earliest Czech volunteers for a research study. Within a few hours, his entire conception about the human psyche and the role of psychoanalysis was turned upside down.  He described being hit by a radiance comparable to a “nuclear explosion” which catapulted him out of his body, expanding his consciousness to “cosmic dimensions.”

The timing was fortuitous, for Grof was in the midst of an existential crisis.  Like many psychiatrists in Europe and the U.S. in the 1950s, he was inspired by Freudian analysis. Psychoanalysis was brilliant in theory, he believed, but abysmal in practice.  It lacked visible proof of efficacy, a reminder of the profession’s struggle for legitimacy.  Over the next fifteen years, Grof set out to provide that proof.  He established himself as the world’s foremost researcher of psychedelics, conducting over 2000 psychedelic sessions first at the Maryland Psychiatric Research Institute and then at the Esalen Institute in CA.

In this talk, I draw on the records of the Maryland Psychiatric Research Center LSD Training Program Study and the papers of Grof to explore the “unexpected entanglements” between psychiatry, midwifery, and psychedelics.  Grof observed “astounding parallels” between psychedelic experiences and the clinical stages of delivery, believing that the common denominator between the two was the trauma of birth.  He proposed a “new cartography of the human psyche” grounded in this observation, calling it the Basic Perinatal Matrices (BPM.)  Despite the fact that Psychologist Abraham Maslow declared Grof’s framework “the most important contribution to personality theory in several decades,” its influence has been largely ignored by medical historians.