Melissa Lane is visiting the Science Studies Colloquium Series. Lane is the Class of 1943 Professor of Politics and the Director of the University Center for Human Values at Princeton University. An associated faculty member in the Princeton Department of Classics and Department of Philosophy, she researches and teaches in the area of the history of political thought, with a special expertise in ancient Greek thought, and in normative political philosophy, including especially environmental ethics and politics. 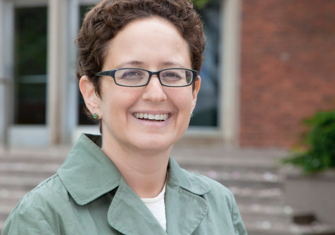 In practice, the informational chasm between scientists, policymakers, and citizens threatens to undermine the aspiration to meaningful democratic understanding and policymaking in the scientific realm.  This paper argues that truly democratic participation requires a mutual process of translation whereby scientists and citizens make their reasoning more accessible to one another while also providing actionable examples of translation in practice. Such an ongoing ecosystem of communication would mitigate the inherent informational asymmetries between scientists and citizens.