Prof. Alexander Rosenberg (Duke University): Scientism and why there is so much resistance to it

Time and place: Prof. Alexander Rosenberg (Duke University): Scientism and why there is so much resistance to it Nov. 27, 2019 2:15 PM–3:30 PM, Georg Sverdrups hus Auditorium 2 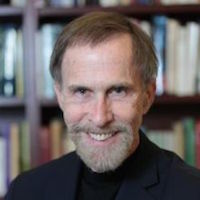 Scientism, as I employ the term is a “disenchanted” version of naturalism, which gives the findings of science priority in understanding the nature of reality and everything in it. Most naturalists seek to reconcile science and some version of what experience (and common sense interpretations of it) provide. Disenchanted naturalism is pessimistic about this program, and argues that its failure to reconcile science and our non-scientific views is good evidence that these latter views are wrong. Among the things we are wrong about answers to many of the most basic questions of philosophy. Scientism answers these question in the negative. It is committed to explaining why optimistic naturalists are mistaken about them. This explanation rests on important new findings about the human brain, ones made by two Norwegian neuroscientists, May-Britt and Edvard Moser. I sketch these results.

Alex Rosenberg has been a visiting professor and fellow of the at the Center for the Philosophy of Science, University of Minnesota, as well as the University of California, Santa Cruz, and Oxford University and a visiting fellow of the Philosophy Department at the Research School of Social Science, of the Australian National University. In 2016 he was the Benjamin Meaker Visiting Professor at the University of Bristol. Rosenberg has held fellowships from the National Science Foundation, the American Council of Learned Societies, and the John Simon Guggenheim Foundation. In 1993 Rosenberg received the Lakatos Award in the philosophy of science. In 2006-2007 he held a fellowship at the National Humanities Center. He was also the Phi Beta Kappa-Romanell Lecturer for 2006-2007.