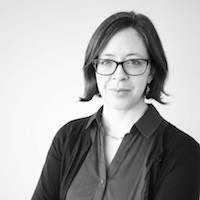 Our goal in causal modeling is to capture genuine structure in the world. But for many kinds of system we are interested in modeling, we get at the structure in the world only by taking data from the relevant phenomena, and finding patterns in that data. It is a common concern that many different patterns might be discernable in massive datasets, often through computer analysis that it is impossible for humans to perform on their own. This may undermine the usefulness of pattern identification - how do we know such patterns track any genuine structure in the world? I draw on Creel and Colaço's distinction between patterns, noise, and interference in data, and then develop this to show that there are at least two identifiable sources of patterns already contained in that distinction: patterns in the data, and patterns in measurements that relate the systems of interest to the relevant datasets. Each of these are a 'location' in the process of investigation where patterns may be identified. To this, I add a third source of patterns and noise: phenomena in the systems themselves, described using a pattern ontology for causal relata. Phenomena as patterns may themselves have sources of noise that are not simply noise in data or noisy measurements. Some patterns may even have ineliminable noise, in that there are never non-noisy instances of the phenomena they pick out, even under ideal circumstances. Yet we still rely on such patterns because of their other kinds of usefulness. Distinguishing these three distinct locations where patterns may be identified, each of which has a characteristic kind of noise and interference, can alleviate concerns about proliferation of detectable but meaningless patterns.