Prof. Ingo Brigandt (University of Alberta): How to Tackle Kinds without Talking About ‘Natural Kinds’

Ingo Brigandt is visiting the Science Studies Colloquium Series. Brigandt is Professor of Philosophy, University of Alberta, and has held various grants and fellowships from the Andrew Mellon Foundation, Social Sciences and Humanities Research Council, Konrad Lorenz Institute for Evolution and Cognition Research, the University of Hannover, Duke University and the University of Alberta. His work combines the history and philosophy of biology with epistemology and the philosophy of mind and language by attempting to understand scientific practice and concept use (including its historical change) from an epistemological and semantic point of view. 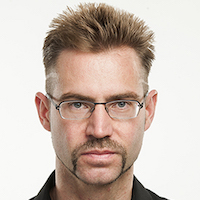 A so-called ‘natural kind’ is a real category, as opposed to an arbitrary classification of objects into a kind. Philosophers of science have attempted to capture kinds as they are discovered and investigated in different scientific domains, including social kinds. At the same time, each of the recent metaphysical accounts of what makes a kind a real one fails to capture some kinds or what makes such kinds scientifically important. In contrast, I put forward a methodological framework on how to discuss and investigate kinds.

My core tenet is that any grouping of objects into an alleged kind can only be assessed with reference to the interests and aims of those employing the kind (and based on whether these aims are legitimate). In contrast to some philosophical approaches (e.g., Muhammad Ali Khalidi’s prominent account), I eschew prioritizing epistemic over non-epistemic aims, and instead argue that genuine kinds may answer to a combination of epistemic, practical, moral, environmental, and political interests. I first discuss how prior work on gender, on sex, and on race can be seen as showing the relevance of political aims.  Then I turn to psychiatric kinds, arguing that they do not just answer to practical considerations related to medical treatment, but also to other social and political concerns.

Despite the general agenda to study kinds, I argue that philosophers should stop using the term ‘natural kinds’. The reason is that the standard label erroneously suggest that all kinds are physico-chemical or narrowly biological (as opposed to involving contingent social processes subject to human responsibility) and that kinds are merely part of some order of nature (as opposed to also answering to human interests).