Sebastian Watzl: "Attention: what it is and why it matters"

Sebastian Watzl is an associate professor at the Department of Philosophy, Classics, History of Art, and Ideas at the University of Oslo. Among other things, he works in philosophy of mind, philosophy of science, epistemology, and ethics. He has published the book Structuring Mind. The Nature of Attention and how it shapes Consciousness (OUP, 2017), and is co-author of the ExPhil book “Knowing, Being, Doing” (Gyldendal, 2021). He was head of the Center for Philosophy and the Sciences (CPS), and currently is leader of the ERC-funded project GOODATTENTION. Attention norms and their role in practical reason, epistemology, and ethics and project manager for the Norwegian Research Council funded project Salient Solutions. Responding ethically to the attention crisis. 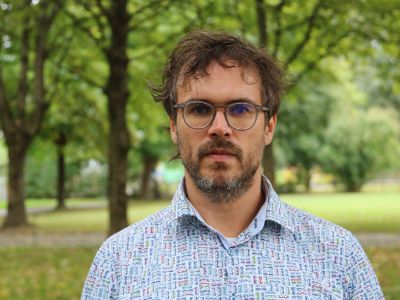 This talk provides an account of what attention is, and then argues for the normative significance of attention. First, I show how to identify attention in the mind. We can identify attention by four features. This is the priority structure account of attention. Attention, when identified in this way, has a central role in the evolution of the mind, in the explanation of action and in the study of consciousness, and can be incorporated into models of human and animal behavior that so far have often neglected it, including evolutionary biology, economics, decision and game theory, research on artificial intelligence and ethics. Attention, in other words, plays a central role in describing an individual’s mind and agency, and in explaining many central facts about that individual. In addition, the public wants answers and guidance with regard to normative questions about attention. Second, I argue that given that attention is both descriptively central and the public cares about normative guidance with regard to it, attention should be central also in normative philosophy. We need an ethics of attention: a field of study of which normative pressures, if any, govern attention. Like the so-called ethics of belief, the ethics of attention will connect those normative questions to issues regarding the nature of attention, i.e. to what is subject to such normative pressures. Philosophers should develop an ethics of attention that helps to provide normative guidance and that is commensurate in its richness to the descriptive significance of attention.