NORDHOST aims at participating with a strong public voice in matters on migration and hospitality. One step taken in this concern is arranging public events in the House of Literature (Litteraturhuset) in Oslo. The first of these events took place on 18th September. 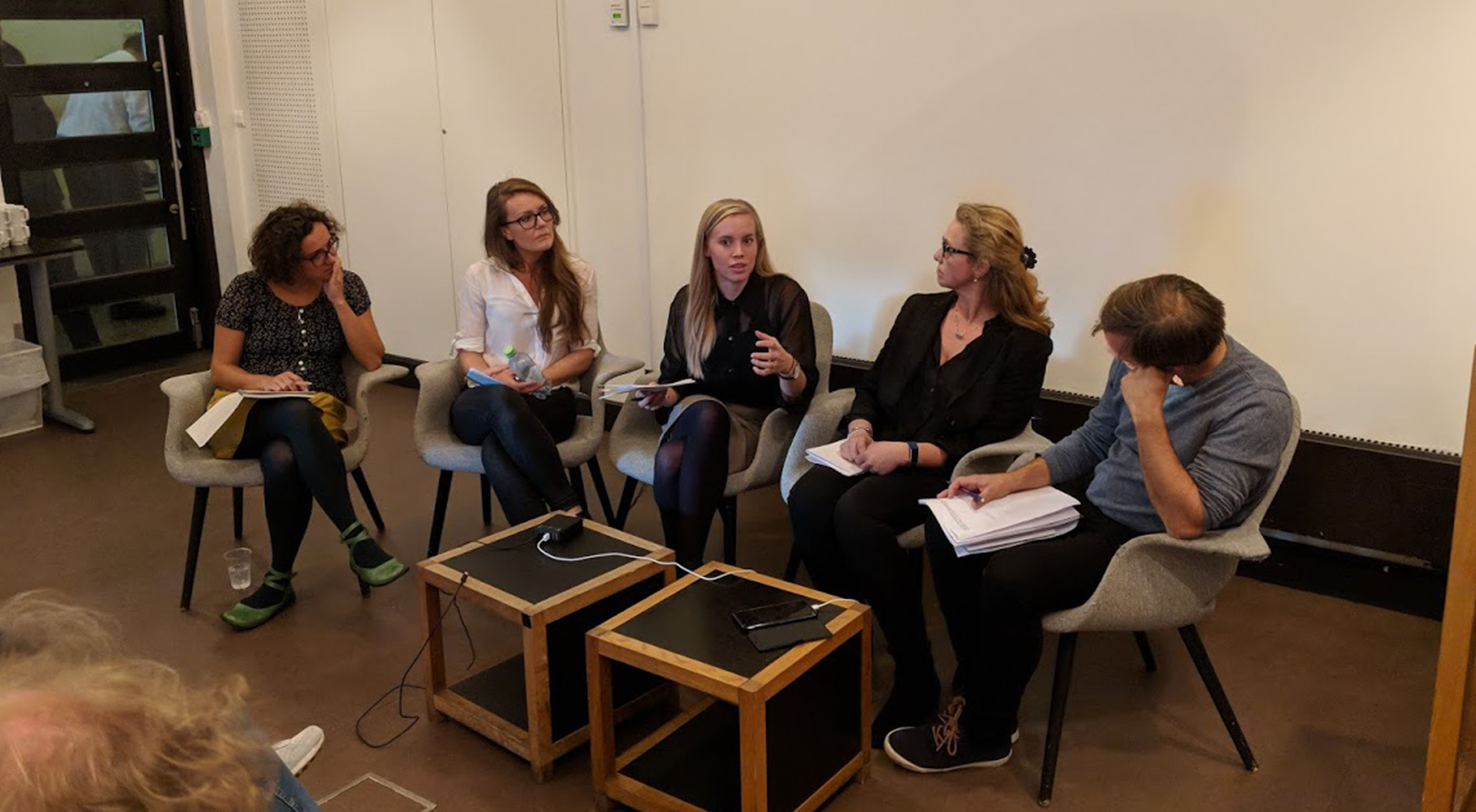 One of the very central topics for the NORDHOST project is matters that are not necessarily in the media, or even scientific forefront. That is the practices that take place on the ground, among regular people, as volunteers or on private initiative, in organised or un-organised civil society. The topic on the first evening was Hospitality from below, where three of our researchers presented some preliminary impressions from their respective fieldworks.

The presentations were commented by professor Sturla Stålsett at Norwegian School of Theology, Religion and Society (MF) and Marthine Seth, leader of Refugees Welcome Oslo.

The first focused on the pressure terms such as ‘hospitality’ is currently under, and challenged all three researchers on this topic, as well as emphasising what is really at stake in their fields and in their research.

Marthine Seth gave a very enriching and informative presentation of the Refugees Welcome movement, and explained how it is aiming at changing in line with the development from people coming, to people staying. The movement focuses on limiting the distance from "us and them" by focusing on neighbourhood activities, as people staying ultimately are neighbours. She focused on challenges in the hospitality context related to the expectations from both volunteers and migrants of activities being "arranged by" someone or something, rather than being invitations extended to equals. This leads to other expectations, or lack of expectations, in terms of self-esteem of the participants, as well significant relation building, hereby pointing out a very challenging aspect connected to migrant reception and hospitality.

After the responses, the three researchers and two commentators formed a panel, in conversation with each other, as well as with the audience.

The audience represented both organisations, such as the Red Cross and Mennesker i Limbo (People in Limbo, and organisation for long term undocumented asylum seekers), and interested listeners, which contributed to a very interesting and fruitful conversation. By the end of the program, there seemed to be a general view of this being the start of a very long and promising conversation between actors focussing on presently under-communicated aspects of migration in Norway.

As a continuation of this start-up of a conversation on civil society practices in relation to migration, Helena Strandli Schmidt and Trygve Wyller (NORHDOST leader) participated in the Norwegian Broadcaster NRK radio program series Verdibørsen – a program addressing contemporary value issues, whether ethical, moral, philosophical or religious. The episode is called “Og du trodde vår gjestfrihet skranter?» (And you thought our hospitality was deteriorating?), sent on 27.09.18, may be heard (for Scandinavian speakers) at Verdibørsen’s podcast.