How can critical, academic research contribute to dignity of migrants and refugees? This is one of the core questions in a UiO Nordic/Nordhost facilitated conference taking place in Rome April 1-3 April. 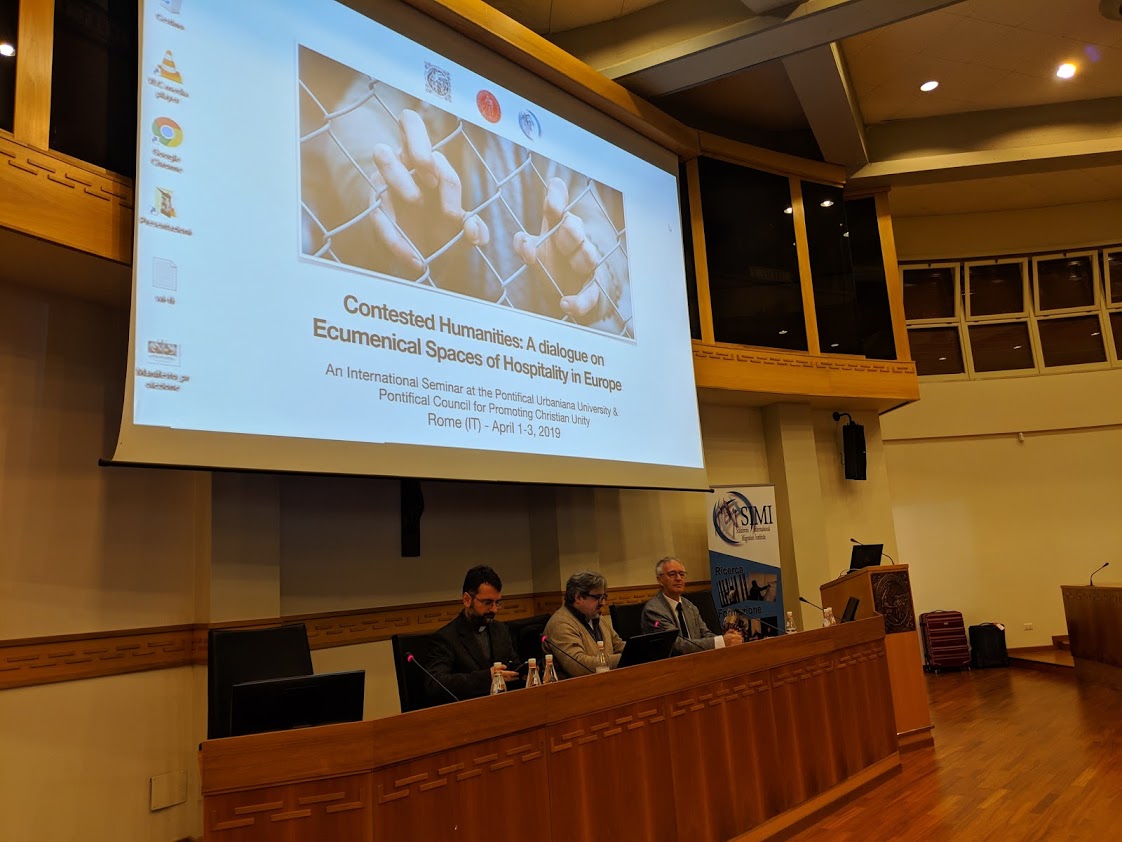 How can critical, academic research contribute to dignity of migrants and refugees? This is one of the core questions in a UiO Nordic/Nordhost facilitated conference taking place in Rome April. The Nordhost project, together with the Catholic partner institution, The Scalabrini International Migration institute (SIMI) in Rome have gathered internationally distinguished speakers to share research and experiences.

The Nordhost project originates in the context of the UiO program for Nordic studies. The Nordhost idea has been, and is, that there are some specific traditions in the Nordic countries, the welfare state and the Protestant religion are two of them, that gives a specific position to the issue of migration in this area. However, the recent developments in Europe and beyond, are signs that the challenges, from a normative perspective, are more similar than different in the Northern and Southern part of Europe. And we also see central commitments shared between the Catholic and the Protestant le

aders. The migration issue unites because of the ethical demand on the ground.

The conference is hosted by the Catholic Università Urbaniana, situated in a walking distance from the Vatican. Scholars from North and South will dialogue and talk in a roundtable conference for two days focusing on the Contested Humanities, developing from the increasing populist positions in contemporary Europe. How to research and act the other Humanity that goes beyond the national state? How can critical thinking and non-populist religion inspire and share?

In the opening session on Monday April 1, there were interventions by the Swedish Archbishop Antje Jackelén and the Catholic Monsignore (Archbishop) Silviano Tomasi. The merging of high-ranking church leaders and secular scholars from many European countries is an interesting sign of how the challenge of migration opens for alliances beyond traditional binaries of North and South, Catholic and Protestant.

Throughout the day central topics were discussed. Questions of identity formed the presentations and dialogue. Dr Tendayi Bloom introduced a conversation of citizenship and noncitizenship, and those millions of people who are blocked from the system of mobility through statelessness. Furthermore, Prof Bernhard Waldenfels discussed how the age of migration forces us to show our colours. States are concerned with identification, but people without identification still have a self.

There were also presentations by Prof Milena Santerini and Prof Thomas Hylland Eriksen about diversity, non-identity and differences in Nordic/Southern perspectives. NORDHOST constructed this discussion to discuss the differences. Since then, the performance of populist parties has significantly increased. The difference between the Nordic and Italy seem to be narrowed. That conference participants were actively participating in the open and engaging discussions throughout the day.