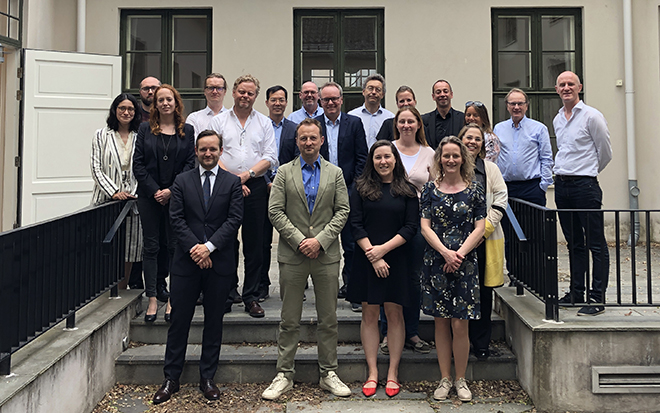 How do Nordic judges, lawyers and academics interpret and develop international law? And how are Nordic narratives circulated and branded and by whom? These were some of the issues discussed at the recent ReNEW-funded conference on ‘Nordic Narratives of International Law’ hosted at the University of Oslo.

The UiO:Nordic projects ‘Nordic Branding: The Politics of Exceptionalism’ and ‘The public sphere and freedom of expression in the Nordic countries 1815-1900’ co-organized the conference on Nordic Narratives of International Law.

Iver Neumann (Oslo Met) kicked of the conference with a discussion of why there is such strong support for international law within the Nordic countries. Reflecting on issues such as the relatively small size of the Nordics, geopolitics, and history, Neumann argued that the Nordics had more to gain from maintaining the international legal order than the alternative. Thus, setting the stage for discussions on how different areas of international law plays out within and from the Nordics, with theoretical reflections on Nordic Realism from Johan Strang (University of Helsinki) and Nordic politics towards international courts and institutions from Mikael Rask Madsen (University of Copenhagen).

Contributions presented at the conference and invited contributors will be included in an edited volume with the aim of publication in late 2020, early 2021.