How to Forge a Cooperative Society in a Competitive World? - Testing Radical Interdisciplinarity.

In 2013 we established an interdisciplinary research collaboration between the American Evolution Institute and a group of Norwegian researchers representing such diverse fields as biology, cultural history, political science, economics and education. We take as our point of departure an interesting interface between the latest evolutionary science’ concern for successful group adaptation through cooperative, collective action, and an ongoing research on a sustainable and fair society in the humanist and the social sciences.

In particular, we are inspired by the “third wave” of evolutionary biology which increasingly studies human development as an interplay between genes and culture, and hence calls for overcoming the legendary gap between the social-humanist and the natural sciences (e.g. Wilson 2014; 2015, Richersen and Boyd 2005, Corning 2011).

Our objective is to shed a new light on the cultural, economic and political mechanisms of the Nordic cooperation model. The Project studies the development of a cooperation ethos in Nordic cultures and school curriculum, as well as the dynamics between cooperation and competition in business and political processes.

The prosjektet attempts to answer the following questions: 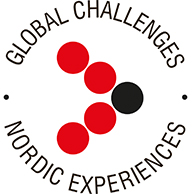