We would like to welcome all our master students in history to our first MITRA Filmclub. The first film to be shown is Cachè  (engl.Hidden, Michael Haneke, F 2005), Introduction will be by Christoph Kalter from Freie Universität Berlin. Starts 16:00.

Before this we welcome you to attend the MITRA Master Class about "the Radical Sixties - Post-colonial perspectives" from 14.00 - 15.30. (Christoph Kalter & Douglas Rossinow). 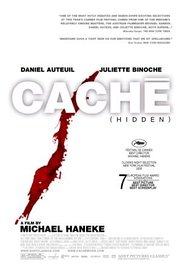 Return of the Repressed?

Georges (Daniel Auteil) and Anne (Juliette Binoche) are an upper-class Parisian couple of intellectuals in their forties with a healthy son and a charming circle of friends. However, when anonymous videotapes continue to appear on their front porch, tapes that hint at a dark secret buried in Georges's childhood, their successful and prosperous lives increasingly unravel amidst a swelling tide of terror.

Director Michael Haneke’s 2005 masterpiece Caché (Hidden) is many things at the same time: It is a psychological thriller that puts us in the position of a detective faced with the impossible task of unmasking George’s and Anne’s enigmatic stalker; it is a portrait of a bourgeois family in peril, and, by extension, of a bourgeois culture in decay; the film offers a reflection on the ubiquity of surveillance in our contemporary societies; it is a cruelly cold meditation on guilt, repression, denial, remorse, and forgiveness; and a cautionary tale about the destructiveness of our Western fears of the (Muslim) Other.

Touching on and feeding off all these aspects, Caché is also, and not least, a parable for the repressed and resurfacing memory of the so-called „Black Night“ of October 17 1961, when French police officers in Paris arrested thousands and killed hundreds of Algerian demonstrators in a massacre that was one of the final spasms in the extremely violent Algerian War (1954-1962). In his introduction to the film, Christoph Kalter will recall this historical backdrop as well as the dynamic and tremendously contentious memory politics relating to the history of colonialism and decolonization that have shaken French society since the turn of the millennium and in which Haneke’s film intervened.

Blurb from the Guardian: „A compelling politico-psychological essay about the denial and guilt mixed into the foundations of western prosperity.“