Norwegian language teacher at the International Summer School, Margaret H. O’Leary, was awarded the rank of Office of the Royal Norwegian Order of Merit in April 2016 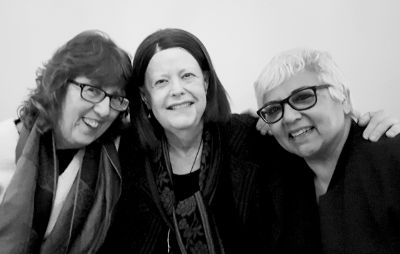 O’Leary received the Royal Norwegian Order of Merit due to her continuous commitment to strengthening ties between Norway and the U.S. O’Leary is also Associate Dean for Humanities and King Olav V Chair of Scandinavian-American Studies at St. Olaf College – just to mention a few of her achievements.

Margaret is a dear member of the ISS family. She has been teaching both Norwegian language and culture courses for ten years at the International Summer School, and she is highly appreciated by her students. Her knowledge about Norwegian language and culture, her passion for teaching and her kindness for her colleagues also makes her a valued member of the ISS staff.

Margaret visited Oslo in January for an audience with His Majesty King Harald in connection with the distinction she has been awarded. We at ISS took the opportunity to invite her to a reception at Blindern Studenterhjem so that also her colleagues could congratulate her. It was an evening of both admiration and gratitude, and course leaders, friends of ISS and the ISS admin staff alike were so happy to be able to celebrate Margaret.

Did you have Margaret as a teacher at the International Summer School? Feel free to leave her a message below!