Why and how to study popular culture?

Globalization has been described as a new constellation in the worldwide configuration of power, production and experience. As a result, the contemporary distribution of power and wealth to people and countries are largely determined by the extent to which they are inside or outside global networks of capital, information, technology, and images. To analyze these structural changes on a world scale, a pertinent question is how people living under them experience these changes, and how narratives in people's everyday lives make sense out of them. This raises the question: what can we learn about social transformations from popular culture? If our object of inquiry is, say, globalization or the state and its power, why should we turn to popular culture?

Studies of globalization typically concern “the outside of things”; actual movements of capital and people, increase in social inequality, poverty, and polarization; all hard facts, easily observable and recorded. In this conference, however, the focus is on the “inside” of social processes. Investigating an event’s “inside” implies mapping the road from ideas to practice, to understand an event as an action informed by ideology and values. This is not to reject the relevance of say the growth of inequality within and between countries to understand global power constellations. However, limiting social inquiry to such objectively recordable facets of change ignores the importance of ideas and ideology to understand how transformations happen and who they benefit. Such social inquiry risks creating for instance a male bias, where female voices and experiences are defined as irrelevant.

A perspective from popular culture to supplement the hard facts of globalization could correct such biases, in that it places peoples’ understanding of the events and the narratives they consume and produce about them at the centre of inquiry. It enables us to analyze the order of things from a different perspective. Popular culture provides not only data to perceptions about the inside of events; it also offers insight to a venue where social change plays itself out. Stuart Hall sees the “codes of intelligibility” that make up popular culture as “the ground on which transformations are worked”.  In this sense, it provides an arena where social groups battle for the supremacy of their worldview and version of social change.

For that reason we should also consider the methodological aspects of investigating the relationship between the cultural product and the social structure it springs from. As such, it makes seemingly little difference whether the subject is political strategies, commercial ventures, social movements or identity construction – popular culture is part and parcel of the unfolding of the events. The aim of this conference is to investigate how popular culture not only is a mirror of society, but also how it is a crucial element of power.

Two keynote speakers will present papers on the theoretical and methodological aspects of the study of popular culture. Kultrans invites PhD candidates and researchers from the humanities and social sciences to present ongoing research projects.

Possible topics for sessions and papers include: 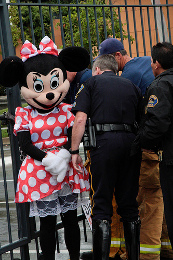