International conference at the University of Oslo, June 5-7, 2013.

Investigating the Plurality and Order of Times Across Histories, Cultures, Technologies, Materialities and Media

Humans live and work in different times. The standardized global clock time, both homogenous and linear, is only one of them. Our lives unfold through a variety of time frames: cyclical or linear, repetitive or cumulative, slow or fast, measured or experienced, short or long. During the last years a series of new times have emerged due to globalization, technological innovation and climate change, e. g. the instantaneity of digital communication, the many time scales of CO2 emissions and temperature rise and the collapse of the idea of unilinear global progress.

Time has become a field of struggle, political struggle, in which scientific concepts and cultural prejudices, or the other way around, have become tools and weapons. Hence, it is high time that the plurality, or, as some prefer, the plenitude or multitude, of times is made the topic of scholarly interest and investigation across disciplinary borders. The goal of this conference, hosted by the interdisciplinary research program KULTRANS at the University of Oslo, is to open a dialogue between disciplines and fields, such as history, anthropology, media studies, sociology, STS, biology, geology, philosophy, literature and others on the emergences, conflicts, and hierarchies of different times in past, present and future.

For a long time humanities and social sciences have been deeply concerned to understand how temporality works in the modern era. On the one hand they have produced macro-theoretical arguments to explain what has happened to temporality and its orders with the onset of modernity. For instance, Paul Virilio has written extensively about a long-tendency toward “acceleration” of societal processes, while David Harvey suggests the concept of “space-time compression” to explain what happens to structures and experiences in the modern world. Other theorists such as Mark W. Turner have emphasized the plurality and diversity of times, providing a take that is in some ways more nuanced but also makes for a challenging and somewhat messy terrain to survey. In the wake of Johannes Fabian’s seminal work on time in anthropology, scholars in different fields have emphasized how time is used to construct cultural borders and differences.

As a framework for the conference we suggest an investigation of how time, or in a more phenomenological turn of phrase, temporality, can be understood in terms of “regimes”, thus taking our cue from the French historian François Hartog and his work on régimes d’historicité. In using this term we want to emphasize not only the plurality of times, temporal experiences, practices and forms, but also, even more importantly, how time is produced and ordered, and how that ordering involves technologies, media, hierarchies and systems of power.

Different arguments about the temporal regimes that have shaped the modern world will invite different diagnoses of the present. There is a pessimistic tone in diagnoses arguing that acceleration and compression have resulted in an empoverished presentism and a loss of connection with history as well as lack of interest in the future. Arguments about the plurality of temporal regimes on the other hand seem to invite cautious optimism, or at least a continuing belief in the presence of alternative ways of ordering and experiencing time.

To ensure a broad disciplinary scope we suggest three main approaches to the questions raised at the conference, three prisms: technology, history, and diversity – which does not mean, however, that other approaches not covered by these three are not very welcome.

• The ordering and experience of time in the modern era is inextricably bound up with technologies of mediation, of measurement and of transport. A number of research contributions have pointed to the ways that technological developments have contributed to a standardisation and unification of time – homogeneous, synchronous, unidirectional and “empty” time - first in industrial centers and then throughout the world. This unification process has also been seen as leading toward a new emphasis on the future, its risks and uncertainties. Technologies of mediation have been the basis for a number of conceptual arguments about temporal ordering. Clearly they can be used to argue for increasing simultaneity and instantaneity. At the same time, media generate various forms of reimagining the past and reaffirming tradition, as well as distinct temporal orderings brought on by digital technologies.

• History refers to the ways we experience, practice and live the temporal dynamic of past, present and future – not, however, as an abstract philosophical problem, but as an inherent part of all human actions, events and concepts. Everything we do unfolds in time, but at the same time our actions and utterances unfold their own specific temporality: reinterpreting the past, intervening in the present, projecting a future, as has been forcefully argued by the German historian Reinhart Koselleck. In Western modernity history has been dominated by the force of the new and the rupture with the past, institutionalized as progress. But as the myth of progress – itself a result of a sustained work of synchronization – loosens its hold on us, other regimes of historicity become visible, both in our own cultures and in other cultures, both before, after, beyond and beside modernity.

• Human beings are, to a greater extent than other species, multitemporal. The conference explores the diversity of human ways of experiencing time, with a particular emphasis on tensions between temporal regimes in a diverse setting. This could be the intrusion of clock time in a traditional horticultural society, the conflict between the time of the newspaper and that of the treatise, the shift in temporal mentality following some innovation in transport technology, conflicts between temporal regimes as experienced by an individual, or uneven cultural change – some aspects of a culture change fast, others seem hardly to change at all. The aim is to study social and cultural change from a new perspective, by exploring the diversity of temporal regimes between societies, within societies and in the lives of individuals.

Based on these three approaches and drawing on a wide range of disciplines and fields, we invite analyses and discussions including, but not confined to, these topics:
- the emergence and collapse of temporal regimes, their structures and tools
- conflicts and struggles between different temporal regime, e.g. between science and politics, or human and natural sciences
- compression, distanciation and collapse of space/time distinctions
- temporal acceleration, repetition, periodicity, cycles and/or linearity
- notions of progress and rupture
- time and the event
-  “the new” and conceptual variations on modernity (post, high, late) as temporal categories
- simultaneity, instantaneity
- standardisation of time
- multitemporality
- alternatives to a linear conception of modern time
- temporal modalities of electronic and digital media
- workings of time-ordering technologies such as calendars, maps and clocks, including their digital incarnations
- ways of experiencing time across times and places
- relations and tensions between cultural changes of varying pace. 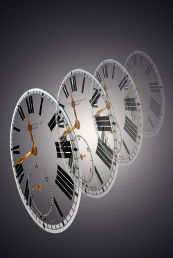