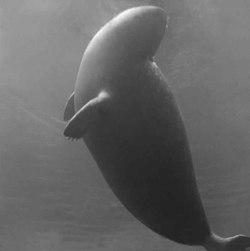 The concepts of biopower and biopolitics, so eloquently and significantly laid out by Michel Foucault, are quite possibly insufficient to our understanding of past and contemporary living. Just think about zoonoses including the ‘swine flu’ pandemic, and the ways in which the production of facts about the human body have been and continue to be built upon the observation and manipulation of animals. These and similar examples suggest that two correctives or re-emphases are required. First, studies of life and the living alert us to the fact that biopolitics is not only about humans, in the form of the human individual, or in the form of the human population, it is rather about an assemblage of matters of life. Second, there is neither a self evident or totalising human power over life, nor an unproblematic politics of life. The relation between life and politics needs both theoretical and empirical specificity. To expand slightly on each of these:

First, even a narrow focus on the life of living humans immediately takes in nonhumans and other than human lives. Securing life and making life live is always more than human. Indeed, humans are and always have been conditioned upon non-humans: as in laboratory medicine, in our ways of producing and taking life - for food, and as crucial entities in debates about who ‘we’ think ‘we’ are. Animals are objects, but also subjects, symbols and signs.

Second, if lives are practised in many places and with many others, then how do we start to understand the lives that are being and have been made? Past work has tended to underline various practices of control and technologies of knowledge and surveillance. Perhaps rather than an overarching framework we need narratives and ethnographies of the living, taking in the multi-sited, multi-logic and multiple ways in which lives are and have been assembled, disassembled, practised and possibly policed and politicised. Instead of asking only how is and has control and knowledge been extended over life, we should also look at the imperfect living practices which often defy orders, escape detection, fail to produce or only loosely hang together.