A Sociology of the World Rally Championship 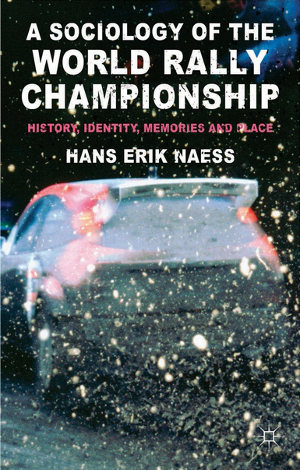 A Sociology of the World Rally Championship. (September 2014). Palgrave Macmillan.

From its inauguration in 1973 until today, the FIA World Rally Championship (WRC) has been transformed from a little-known series to a pop-cultural roadshow worth millions of euros.

In a promotional context this has spurred a debate between those who want rallying to be what it was historically and those who desire a real shift into 'the commercial age'.

Drawing upon interviews with key people in the sport and trans-local ethnographic research from rallies, spectator cultures, the inner life of a WRC team, and the media production facilities, this book explores these questions of commerciality and sporting identity, arguing that the WRC's sporting identity is in fact a promotional asset.

Placed at the intersection of sociology and sports management, A Sociology of the World Rally Championship is essential reading on how to combine sporting heritage with commercial progress.

1. Introduction: The Paradox of Commercialisation

4. The Sense of Place in Rallying

5. The Spectator Culture of Rallying

6. The Legacy of WRC Cars

7. Heroes behind the Wheel