Critical thinking has never been more important than it is today – when the world is facing enormous governance challenges. And to be able to contribute to the solutions of these challenges, universities need to protect academic freedom, both at home and abroad. 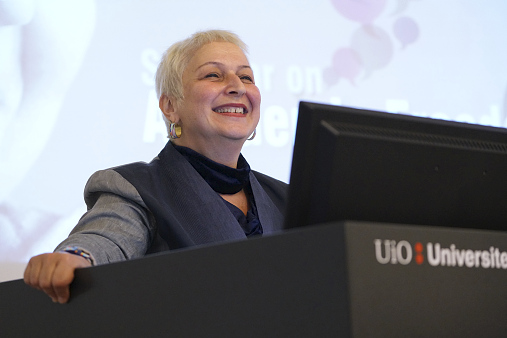 Initially I should express that it is a great joy for me to be here in Oslo and a great honour to be at the University of Oslo. Then, for those who are not familiar with what I have done so far, let me try to explain a little bit: I am a professor of law and politics and have dedicated most of my academic career to analysing the relations between religion, state and society. I grew up in an almost areligious family; I guess this is the source of my fascination since I was a teenager with the impact of religion on people. Never religious myself, I have nevertheless always respected all variants of belief or disbelief. The Turkey in which I was born in the very last year of the 1950s has always been a fruitful laboratory for any social scientist to observe religion, and it has also given me several opportunities to serve as a human rights activist. In my academic work, I have criticized the policies of Turkey’s single-party regime (1923–50), especially in terms of religious repression and the treatment of minorities. I have rejected the majoritarian understanding of democracy, rather perceiving it to be a regime where the rights of the minorities especially should be secured. I am stating these facts about me to give you an idea about the lenses I use in my personal and my academic life. In this talk I will try to combine some political history in Turkey, the issue of human rights with a focus on academic freedom, and my personal story to give an example of what I try to express…

Gözaydin's lecture can be read in full here.