Yesterday's seminars on Norwegian and International Support to Human Rights Defenders - under and after COVID-19 and the Oslo launch of The 2020 Report of the Lancet Countdown on Health & Climate Change, were important pre-Oslo Peace Days events. Monday, we will announce this year's University of Oslo Human Rights Award winner, and with that open the third and this time digital, Oslo Peace Days. Important days for us all. 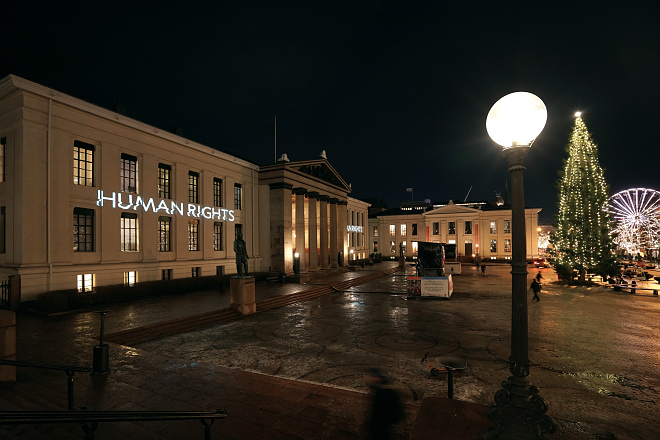 Human rights work is an integral part of the University of Oslo. It has been for decades and through different crises. Several students and staff have played, and are playing important roles in fighting for a more just world. The most prominent example is Fridtjof Nansen, professor of zoology and polar explorer. The First World War had led to a disasterous refugee crisis in Europe. Nansen, as the League of Nations High Commissioner for Refugees was a key player in finding solutions to the crisis. Among the initiatives he introduced was a passport for stateless persons, a certificate recognized by more than 50 countries. For his achievements, he was awarded the Nobel Peace Prize "for his leading role in the repatriation of prisoners of war, in international relief work and as the League of Nations' High Commissioner for refugee," in 1922.

Chance had it that one of these Nansen-passports, as they came to be called, brought a young Jew to Oslo in 1939. He would later play an important role for the human rights movement in Norway. Being Jewish, Leo Eitinger had to flee Czechoslovakia. He worked as a resident in psychiatry in Norway, but with Nazi Germany occupying Norway, his permissions were revoked and he was eventually arrested and deported to Auschwitz. Of the 762 Norwegian Jews deported only 23 survived. Leo Eitinger was one of them. After the war, he became Professor of Psychiatry at the University of Oslo and spent all his time studying disaster psychiatry. Together with his wife, he later established the University of Oslo Human Rights Award - Lisl and Leo Eitinger's Fund.

Monday 7 December, we will announce this year’s winner of the award instituted by the Eitingers: the University of Oslo Human Rights Award. For Oslo and the University of Oslo, the announcement marks the beginning of the 2020 Digital Oslo Peace Days. Both the Award and Oslo Peace Days underline the central role universities play in promoting human rights, democracy and freedom of speech.

The Human Rights Award symbolizes what the University of Oslo strives to be. Comprehensive, research-intensive universities, such as the University of Oslo, are important in liberal democracies, in particular, by defending freedom of speech, and academic freedom. Universities are pivotal to any open, transparent society where basing policies and decision-making on scientific knowledge is among the key decision making principles.

In Norway, the law protects both freedom of speech and academic freedom, and our ethical guidelines state that scholars should publish their results and conclusions even if they run against adopted policy, or against mainstream ideas and theories. Embedded in this law lies the understanding that society benefits from open critique and debate.

Not everyone celebrates freedom of speech and academic freedom. Consequently, we cannot take these values for granted, at home or abroad. The University of Oslo uses our international partnerships to promote these academic values globally – values that lie at the heart of human rights.

As an institution, but also through the dedicated work done by individual students and staff, we are engaged in a number of networks and initiatives to promote human rights, and to support colleagues who are at risk because of their academic activities. I want to mention in particular the Scholars at Risk initiative. We see how this initiative benefits the life of threatened scholars and the scholar’s family, and how it inspires us to take on a responsibility that extends beyond our national borders.

The newly released Free to Think report documents 341 attacks on higher education in 58 countries only in the last academic year. We cannot be silent bystanders to this development, not even during a pandemic. The work of, and support to, Human Rights Defenders, discussed yesterday is not only a timely topic; it is also a necessary topic.

These days are important to us. The first human rights awardee of the University of Oslo, Eli Wiesel, said (and is often cited for it) «The opposite of love is not hate, it is indifference». There is great wisdom in that. I am truly grateful for the great and continuous effort that our staff and students are making to defend human rights and our important freedoms, and by doing so also fight the perils of indifference. 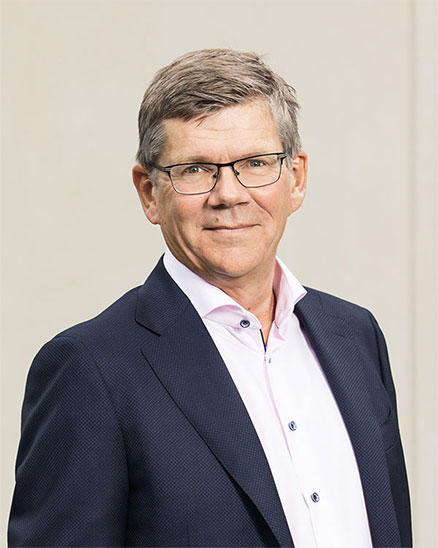