In today’s Food & Paper talk Jo Fougner Skaansar will go through the main research questions and findings from the study "Microtiming and Mental Effort: Onset Asynchronies in Musical Rhythm Modulate Pupil Size" by Skaansar, Laeng & Danielsen. The article will be published in Music Perception in December 2019. 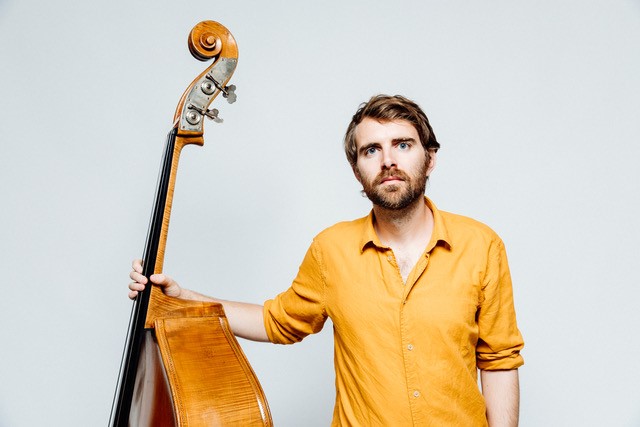 Jo Fougner Skaansar studied jazz double bass at the Music Conservatory in Trondheim, as well as the Norwegian Academy of Music in Oslo where he graduated in 2010. He received his professional degree in clinical psychology at the University of Oslo in 2017. As a bass player, Skaansar has contributed on around 40 recordings. In October 2019 he released his second album "Fange av mi tid". As a music psychology researcher, Skaansar works with groove/rhythm perception and cognition and is affiliated with RITMO Centre for Interdisciplinary Studies of Rhythm, Time and Motion, University of Oslo, Norway.

The present study tested two assumptions concerning the auditory processing of microtiming in musical grooves (i.e., repeating, movement-inducing rhythmic patterns): 1) Microtiming challenges the listener’s internal framework of timing regularities, or meter, and demands cognitive effort. 2) Microtiming promotes a ‘‘groove’’ experience—a pleasant sense of wanting to move along with the music. Using professional jazz musicians and nonmusicians as participants, we hypothesized that microtiming asynchronies between bass and drums (varying from -80 to 80 ms) were related to a) an increase in ‘‘mental effort’’ (as indexed by pupillometry), and b) a decrease in the quality of sensorimotor synchronization (as indexed by reduced finger tapping stability). We found bass/drums-microtiming asynchronies to be positively related to pupil dilation and negatively related to tapping stability. In contrast, we found that steady timekeeping (presence of eighth note hi-hat in the grooves) decreased pupil size and increased tapping performance, though there were no conclusive differences in pupil response between musicians and nonmusicians. However, jazz musicians consistently tapped with higher stability than nonmusicians, reflecting an effect of rhythmic expertise. Except for the condition most closely resembling real music, participants preferred the on-the-grid grooves to displacements in microtiming and bass-succeeding-drums-conditions were preferred over the reverse.