DyRET is a quadruped robot platform designed for experiments in embodied and real-world evolutionary computing. It has legs that extend in two places so that the body-shape of the robot can be changed automatically. 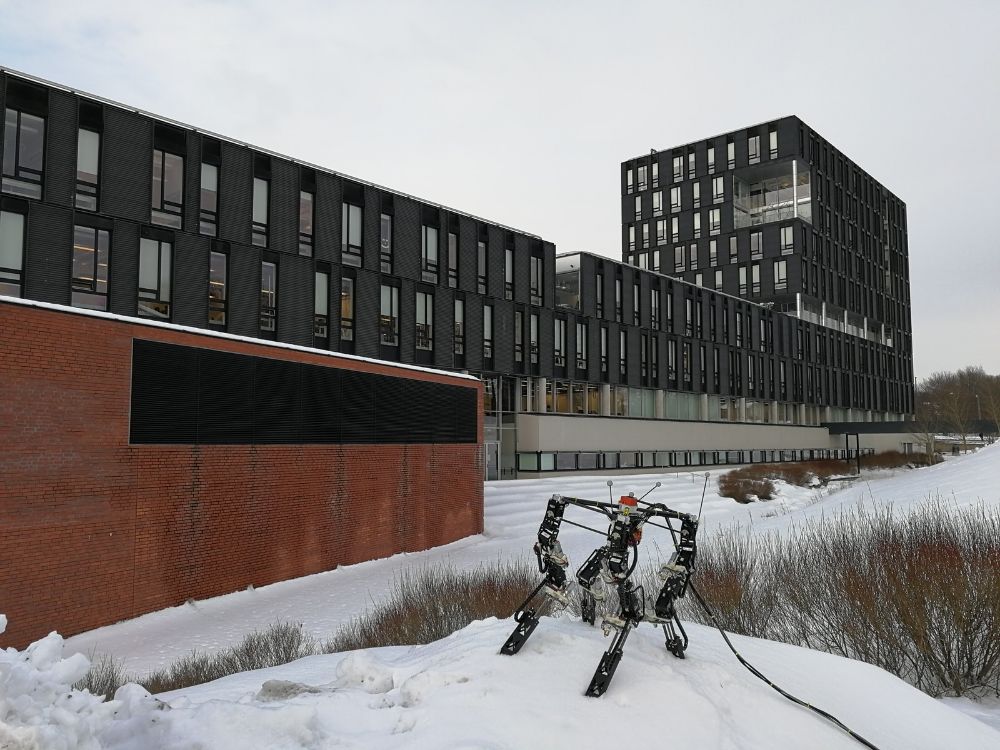 DyRET at the University of Oslo Department of Informatics. Credit: Tønnes Nygaard

DyRET is primarily used for experiments in evolution of walking gaits for a quadruped robot. In our experiments the gait movement is evolved simultaneously with the leg-length of the robot. We have found that in different environments, optimising both gait and leg-length is crucial to find a balance between speed and stability.