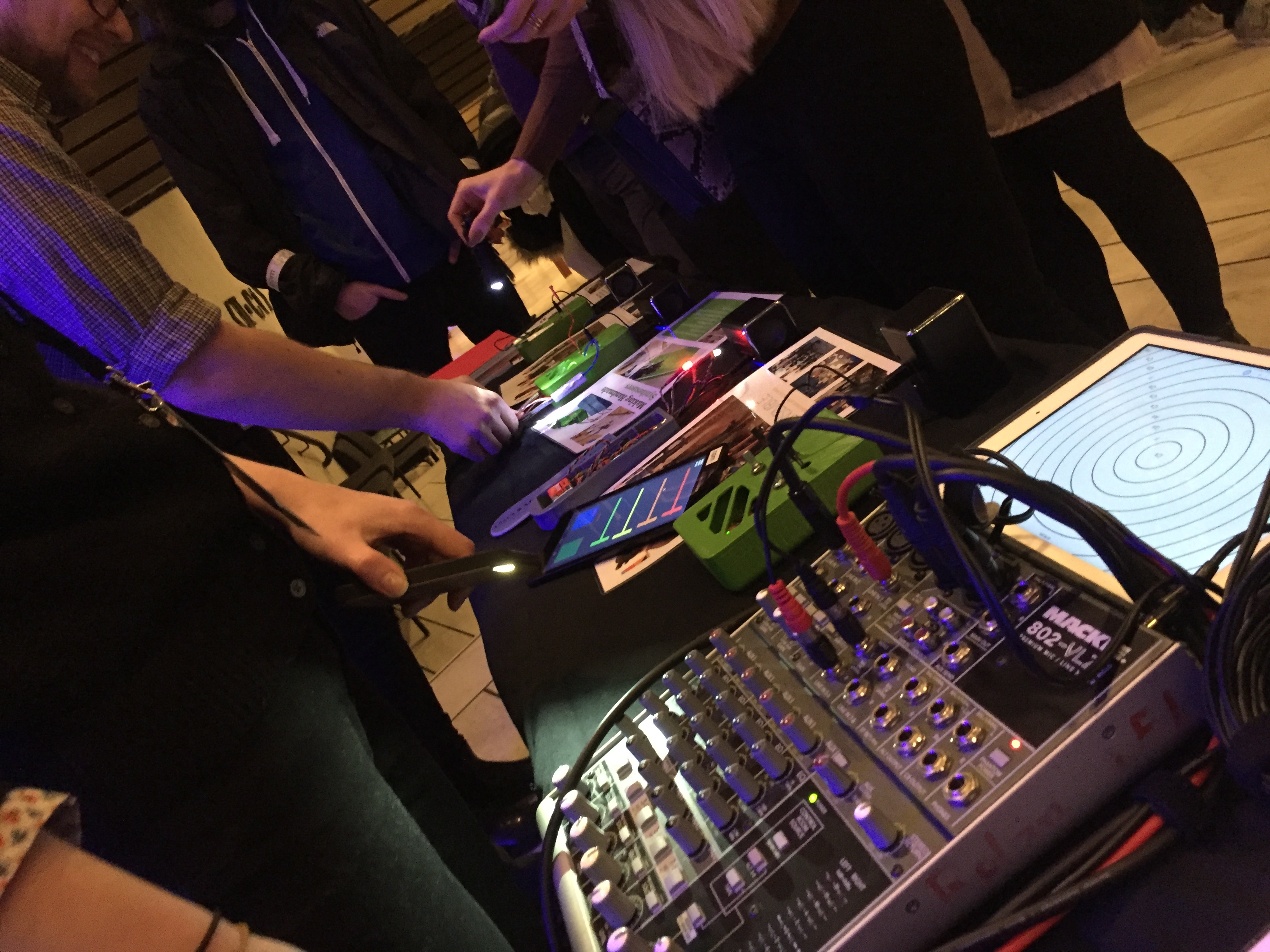 Interactive Music Systems are computer systems for extending and enhancing the possibilities of musical listening, performance, and collaboration. Throughout the 20th century, electronic systems have been used to create new kinds of musical intruments and sonic devices that have brought musical appreciation to a very wide audience and greatly enhanced the musical creativity available to novices. In recent times, computer systems have been used to design very flexible musical experiences, such as NIMEs (New Interfaces for Musical Expression), where various sensors, processors, and outputs can be configured to serve a multitude of musical purposes for listeners, performers, and those somewehere in between. In the last fifteen years, such interfaces have gone from curious experiments to popular apps and commercial hardware products.

Recent advances in computing suggest further possibilities for playing, hearing, and enjoying music. New interactive music systems could help a wider audience to create music, and encourage musical collaborations between friends or strangers. Machine learning and artificial intelligence have already been applied to musical systems: Mobile devices can detect when their owners are running and play music that matches their pace; Jukebox software studies your musical choices to make recommendations that suit or extend your taste. We propose that artificial intelligence could be directed towards predicting musical interactions. By studying how users interact with a sonic interface, we aim to isolate and recreate the elements of musical style as performed through common multi-touch devices.

New musical interfaces with embedded prediction capabilities could help novice performers to express complex musical ideas. They might assist more established musical exploreres engage in creative collaboration with others. Finally, they might even help those that prefer to listen to experience the world around them in a new way, by connecting musical explorations with their everyday activities, movements, and requirements.

These goals can be addressed in a number of ways, but we are focussing on the following three areas for developing interactive musical systems:

We are addressing the above areas through a number of emerging technologies and research methods. Musical interaction through touch-screens and multi-modal sensors produces a large amount of very low-level data. We are using deep artifical neural networks (DNNs) to model, understand, and predict this data. Using a corpus of more than 4 million individual touch interactions, we are training networks that generate new musical touch patterns and react, like a musical ensemble, to touch-data from a real user. We are also exploring systems that include multiple internal models to handle interaction from users of different skill levels, those who prefer to listen or perform, and multiple touch-screen sounds performed throught a single interface. Our apps and devices will be explored both in-the-wild through iterative experimental releases, and in-the-lab through controlled evaluations of the creative interfaces. We envision that our work with interactive music could lead to multiple public software releases as well as bespoke sonic hardware designs.