The Musical Gestures Toolbox (MGT) is a collection of tools for creating visualizations of video files. The toolbox was primarily developed for music researchers, but is also used for sports, dance, healthcare, architecture, and interaction design. 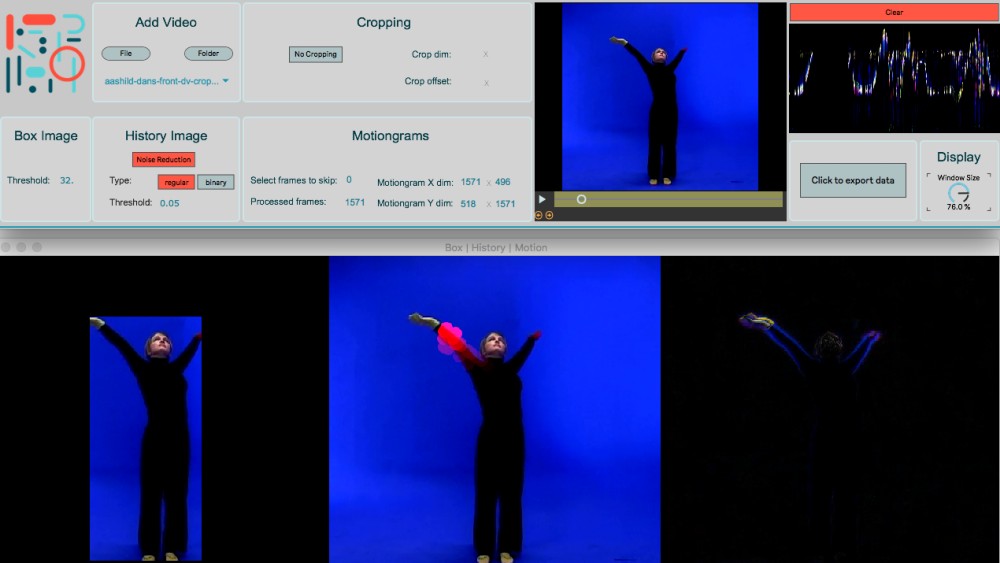 If you want a simple solution for creating video visualizations, check out VideoAnalysis (non-realtime) and AudioVideoAnalysis (realtime). These are standalone apps for OSX and Windows. The toolboxes below all require that you know some programming (Max, Matlab, Python, Bash).

The Python port of MGT is the latest edition and the one in most active development. Most of the functionality of the Matlab version has been ported. It can be run from Jupyter Notebook, making it useful in education.

The original MGT was a collection of real-time modules for the graphical programming environment Max/MSP/Jitter. The toolbox is currently distributed as part of the Jamoma package. It can run in real-time mode, which makes it useful for music and dance performances.

This is an experimental version of MGT aimed at exploring the functionality of FFmpeg and ImageMagick. As the code gets more developed it is slowly implemented in MGT for Python.

The Musical Gestures Toolbox has been developed at the University of Oslo since 2004. It started out as a patcher made by Alexander Refsum Jensenius for the graphical multimedia programming environment Max/MSP/Jitter. The collection grew and was merged into modules and components in the Jamoma project. The modules have been used in a number of music and dance performances over the years.

When the course MUS2006 Music and Body Movements started up at University of Oslo in 2009, it was necessary to provide the non-programming students with an easy solution for creating video visualizations. The result was the standalone app VideoAnalysis, which saw a big overhaul in 2020.