Investigating the functions of worm insulins by mass spectrometry imaging

Insulin and insulin-like growth factors are conserved regulators of animal physiology and development. In contrast to humans, who express 10 insulin-like peptides, including the hormone insulin, the nematode C. elegans expresses 40 insulin-like peptides. Genetic and studies revealed that many of these peptides play redundant functions. However, to what degree this reflects redundant expression, versus compensation by transport between various tissues, remains unclear. Although tissue specific distribution of insulins have been examined by employing transgenic GFP reporters, interpretations of their expression patterns is plagued by artifacts that preclude insight into the actual biological distribution of these important regulatory molecules.

This project will examine the distribution of C. elegans insulin-like peptides across the whole animal using cutting-edge approaches. Specifically, their distribution will be determined by mass spectrometry imaging (MSI), which is a recently developed technique for directly and simultaneously interrogate the distribution of numerous peptides—as opposed to their expression pattern—across tissues using MALDI mass spectrometry. The distributions of particularly interesting insulin paralogues will then be confirmed using gene knock out models and advanced proteomics methods. This project will not only provide the basis for studying insulin-like peptides in this model but will provide a paradigm for future studies of small peptides in whole animals. 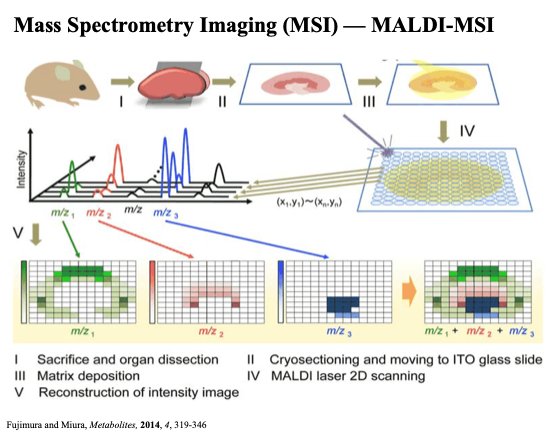