Osteosarcoma as part of the most common hereditary cancer syndrome, Lynch Syndrome

Osteosarcoma (OS) is the most common malignant bone tumor in children and adolescents, accounting for 30–80% of primary skeletal sarcomas (1). OS has recently been linked to a number of cancer predisposition syndromes that are defined by highly penetrant germline genetic variants (2). However, the germline genetic susceptibility to OS outside of familial cancer syndromes remains unclear.

Lynch Syndrome (LS) is the most common hereditary cancer syndrome. It results from pathogenic variants in the mismatch repair (MMR) genes that are carried by over 1 in 300 individuals, i.e. 2.5 million people in Europe. Pathogenic variants in each of the MMR genes, path_MLH1, path_MSH2, path_MSH6, and path_PMS2, result in different risks for cancers in organs including the colorectum, endometrium, ovaries, stomach, small bowel, bile duct, pancreas and upper urinary tract (3). They, but not sarcomas, are commonly cited as LS spectrum cancers. Sarcomas include OS that have a peak incidence during the second decade of life and a worldwide incidence of 3.4 cases per million people per year (4), and soft tissue sarcomas (STS) that are a heterogeneous group of cancers of mesenchymal origin with a population incidence of 3.5 per 100,000 people per year in the US (5). In the most recent study from the Prospective Lynch Syndrome Database (PLSD) we reported 14 cases of sarcoma (11 OS and 3 STS) among 1808 prospectively observed tumors in 6350 carriers of path_MMR variants with 51,646 follow up years (FUY) (3). The PLSD is an international multi-center prospective observational study without a control group, in which we record cancers diagnosed in genetically confirmed carriers of class 4 and 5 path_MMR variants undergoing long-term surveillance. In the PLSD, the mean age at prospective diagnosis of OS was 63 years and of STS 62 years. More than half of sarcomas (57%, 8/14) occurred in path_MSH2 carriers even though they comprised only 40% of PLSD patients, 21% were in path_MLH1 (3/14), 14% in path_PMS2 (2/14) and 7% (1/14) in path_MSH6 carriers. Based on these data, we reported a 63-fold increase in the incidence of prospectively observed OS in 6,350 patients under follow up in the PLSD and note that those carrying pathogenic variants in MSH2 were affected most frequently. We suggest that OS is part of the LS spectrum, and seems to be associated particularly with the path_MSH2 genotype (Dominguez-Valentin et al, 2020).

Loss-of-function of either MLH1 and its binding partner PMS2 or of MSH2 and its binding partner MSH6 results in error-prone DNA replication. This abnormality leads to, among other effects, alterations in the length of tandem DNA sequence repeats called microsatellites, a condition known as microsatellite instability (MSI) or deficient mismatch repair (dMMR). It has been suggested that as many as 80% of OS have defect of MMR protein expression in immunohistochemistry (IHC) staining (6). If really part of LS spectrum and such over-representation of deficient MMR (dMMR) and possible hypermutability, such findings confirmed might bear considerable implications for management, eg. the use of immune checkpoint inhibition (7).

Objective. Since these patients are young, and as there is no current recommendation to include colorectal cancer or LS-associated tumors in the family history of OS patients, the current project aims to investigate the genetic landscape of OS based in the identification of germline and somatic defects in this population (Figure 1).

Methods. By available biobank samples of OS tissue and normal tissue controls, we will characterize the somatic tumour and microsatellite instability profile in OS patients. Blood samples from OS will allow to study the rate of possible germline predispositions and validate the somatic findings. With this approach, we will provide a suggestion for personalized strategy for cancer prevention, diagnosis and treatment in the context of OS.

Briefly, Radium Oslo University Hospital (OUH) biobank is queried for available OS specimen archived as formalin-fixed, paraffin-embedded tissue (FFPE). Immunohistochemistry for the MMR proteins will be performed according to the local standardized protocols. The OS cases with abnormal expression will be sequenced using a panel of 94 genes and 284 single nucleotide polymorphism (SNPs) associated with a predisposition towards cancer, including exons and introns by next generation sequencing (NGS) platform, as previously described (8, 9, 10, 11). The 94-gene panel includes genes, for the most part, associated with a greater than two-fold increased risk of colorectal cancer, breast cancer, melanoma, ovarian cancer, endometrial cancer, prostate cancer, gastric cancer and pancreatic cancer. Bioinformatics data analysis will be performed from whole genome sequencing and exome data of OS cases provided by the internal collaboration (Sarcoma group) from the Department of Tumor Biology, OUH. 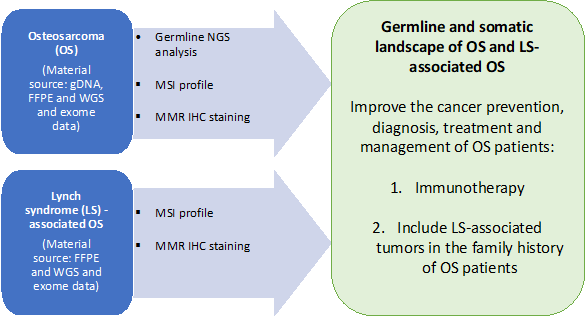 Figure 1. Overall description of the aim, procedure and impact of the proposal.

Relevance and potential contribution of the project to cancer control

The identification of these individuals at risk and their families is important, because it allows to undertake personalised preventive measures. Several studies have shown that surveillance of LS families reduces the development of colorectal and decreases mortality by 50-70% compared to no surveillance. Other preventive measures are actively investigated to improve prognosis. There are no proven preventive measures to offer to OS patients, especially if their germline predisposition has not been suspected. This approach, the first one at the Norwegian level, will promote collaboration and sharing of the knowledge of OS genetic analysis across germline and somatic research collaborators.

The present project will propose a multi-tiered clinical and translational study in LS OS patients aimed at moving forward the personalization of medicine. A greater understanding of the underlying mechanisms of OS will improve its management. Finally, the current proposal is the result of a highly synergistic collaboration of Radium OUH and Institute of Cancer Research groups with a long track record and extensive experience collaborating in clinical management of LS patients, translational research, and the development of new personalized strategies to prevent cancer.