South Eastern Norway is home to costal habitats that are open, dry and relatively warm, often with calcareous soils and situated near the coast. These habitats are home to a range of threatened species. An important threat is habitat destruction and fragmentation. To conserve the species of these habitat in the best possible way different types of knowledge is essential, like the distribution of genetic variation within and among populations, the size of populations, do the plants set viable seeds, is there recruitment of young individuals, and other aspects of the specie’s biology. Such knowledge is lacking for many threatened plants. For some of these species, as for species other places, it is sometimes difficult to separate closely related species and to make a decision if something deserves species status or not. As a result rare species may go unrecognized and not get the necessary attention to get properly conserved.

Below are mentioned one example of master projects, but it is also possible to define projects on other species based on a student’s interests in some particular plants or related topics. 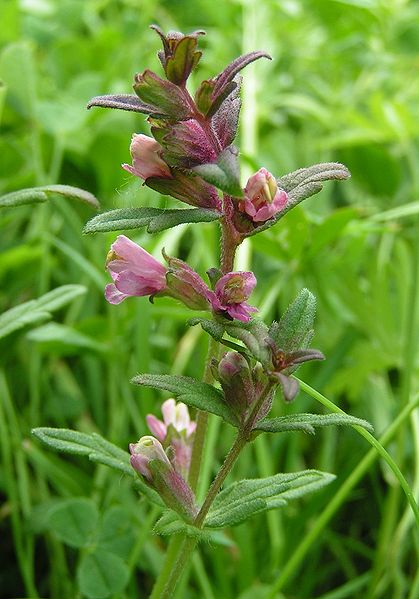 The genus Odontites, rødtopp in Norwegian, is mainly distributed in coastal areas of Southern and Eastern parts of the country, in meadows and fields. The plants are hemi-parasites and annual (lives for one year). In Norway the genus is regarded to comprise one species with three subspecies, but their delimitation and status is uncertain. It could for example be that the subspecies should rather be regarded as separate species. Two chromosome numbers are found: 2n = 18 and 20. The Red List status is critically endangered (CR) to near threatened (NT) depending on subspecies. To be able to conserve threatened species knowledge as for example genetic variability within and between population, seed production and seed viability is crucial.

Relevant methods may be studies of morphology, genetic variation, chromosome counting, distribution modelling, demographic studies, and seed production with germination tests. The outlined project is probably too big for one master project and could without problems accommodate two students. Alternatively selected parts of it could be done by one student.