River and coastal browning, based on the increased runoff of terrestrial derived dissolved organic matter into rivers and coastal areas, is on the rise in many parts of the world, and is likely to increase even further in the future. This leads to profound changes in the affected ecosystems through e.g. reduced visibility, shifts in potential food/nutrition sources and many more.  In addition, coastal systems are also increasingly affected by anthropogenic contaminants, and the combination of those two factors on food webs and ecosystem stability so far remains unclear. 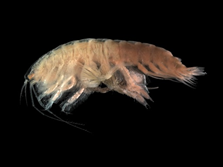 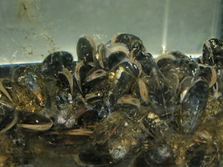 The focus of this master project is to address how the origin of dissolved organic matter aquatic (aDOM) vs terrestrial (tDOM) impact contaminant responses in coastal invertebrates.

While presence of tDOM compared to aDOM may result in lower bioconcentration of contaminants (uptake directly from the water) in, for example, fish, in this project we will focus on the uptake of DOM and associated contaminants via food in filter-feeding, mucus-feeding or particle-feeding invertebrates. Here the same cause that reduces uptake via bioconcentration (the larger molecular structure of tDOM, that leads to higher adsorption of lipophilic contaminants to tDOM), might lead to higher uptake rates through feeding. Effects at the lower level of the food web may then, given time, translate up the food web and thus impact the whole system.

To address these questions several invertebrate consumers (e.g. blue mussels, amphipods) will be exposed to different DOM mixes and a lipophilic contaminant, and uptake/bioaccumulation rates will be quantified. The bioaccumulation patterns of the different consumers will then be compared to see if there are any differences between them that may potentially lead to shifts in the food web. This project is done in cooperation with NIVA.

If you are interested in a master topic that combines ecological and ecotoxicological questions and interested in working hands-on on a lab based experiment with invertebrates, then please do not hesitate to contact us!