The Master’s degree in Social Anthropology from the University of Oslo, has provided Anja with a set of broad competencies that she finds very useful with a range of tasks and responsibilities.

- Understanding the importance of a 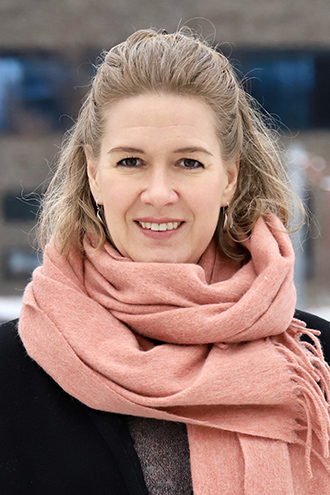 person’s cultural background is useful when you try to convince someone to make the right decision. So is the capacity to understand and analyse complex situations and transform the analysis into concrete strategies for influencing change, Anja says.

As managing director of a small NGO like Norwegian Physicians againt Nuclear Weapons, she gets to do a variety of different tasks.

- I’m responsible for the organization’s staff and finances, I try to influence political decisions, produce opinions in newspapers, and pitch ideas to journalists. I work in close cooperation with the organization’s medical doctors to inform the public about the humanitarian consequences of nuclear issues, she says.

The UN adopted the Treaty on the Prohibition of Nuclear Weapons in 2017. The Treaty will enter into force when 50 states have ratified it. According to Anja, Norway has not yet ratified, and today’s government have explicitly stated that they will not do so.

- We need to convince the main opposition parties to adopt positions in favour of the treaty before the next election. Hopefully, a new government will move us closer to a world without nuclear weapons by supporting the treaty banning nuclear weapons. If Norway should do so as the first NATO member state, that would be the beginning of a revolution in global security politics, Anja says.

- Working with this political momentum is extremely exciting, she adds.

- How is a typical day at work?

- There is always a lot of different things to do, and I keep a “to do list” to make sure I remember it all. Normally, the list of tasks is revised throughout the day, as urgent issues tend to pop up. For instance, if there is something in the media that we need to respond to. Daily cores include administrative issues such as accounting.

Anja applied for the job based on a job announcement. She thinks she was the preferred candidate mostly because she had previous experience from another NGO (Rainforest Foundation Norway).

Her best advice to students that are going to be part of the job hunt is to demonstrate motivation and initiative.

- Focus on issues you find interesting, as that will give you the motivation to do well, Anja says.

- Try to combine your interests with issues of importance for people and the environment. Relevant work experience is key. Try to get a part time position or offer to be an intern in an organization that you find interesting.