How did you get the job? 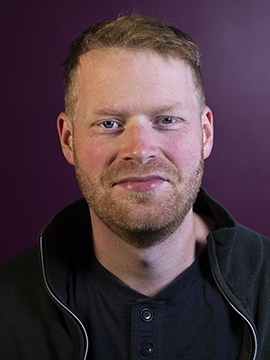 Church Aid youth organization called Changemaker. I was part of the political committee of climate and environment. We followed Norwegian and international climate policy closely and did political campaigns, wrote posts for Norwegian political parties and participated in their meetings. This was tasks that are similar to the ones I am doing today for the Norwegian Church Aid. The experience I got was crucial for me to obtain the job as an advisor at Norwegian Church Aid. In addition, my master degree in Social Anthropology with focus on Tanzania, one of the countries the Church Aid are active in, was also positive. That my master thesis had a focus on climate and preservation of the rainforest was probably also a plus.

What are your work tasks?

My work tasks are varied, but mostly I work with Norwegian politics and with climate as my primary focus. Among other things I have worked with the development of consultative input for parliamentary committees and to political parties that want to boost development policies. Climate politics is central to development policies because climate change is affecting some of the poorest countries in the world the most in spite of the fact that it rich countries like Norway that release the most greenhouse gasses. This is basically a problem of injustice, something that the Church Aid think Norwegian politicians need to address in a better way than they do today.

Our goal is to acknowledge that Norway is responsible for a much more significant part of global greenhouse gas emission than it should be, based on the size of the population and that Norway because of that should seek to decrease the emission to a greater extent that it does today.

Beside of that, I have worked with an incredibly exciting campaign that Norwegian Church Aid will make in Tanzania in the new year that will put development policy on the agenda at the parliamentary elections in 2017. I have been involved in research on where in Tanzania the different parts of the campaign should be developed.

What is the best part of your job?

To be able to work with things that I am engaged in! Working to reduce the world's greenhouse gas emission and for improving Norwegian development policy, and thus a fairer world, is incredibly rewarding. Another thing I like about working for Norwegian Church Aid is all my incredible colleagues who understand the world we live in very well both on a national and on an international level.

How has Social Anthropology been useful in your job?

Although I do not use Social Anthropology directly, I still think the study is beneficial to me. I did fieldwork for half a year in a small mountain village in Tanzania where I over an extended period had to relate to an entirely different culture than the Norwegian and people with different daily life. I had to see the world from a different point of view than most Norwegians. You learn to be adaptable and relate to the "unknown" differently, for instance, starting a new job.

Another thing is that through many years of studying Social Anthropology you get another view of the "pre-intent". Anthropologists learn to see the world from a different viewpoint than their own, and they know how to question what is already a "given". It is valuable in so many aspects of life and indeed also in the workplace.

While I, during my studies, gained a reasonable amount of knowledge about Tanzania, have also been to my advantage in my recent work with the campaign in Tanzania for the Church Aid.

What are the best tips for jobhunting students?

What are the best tips for jobhunting students?

Engage actively in what you are interested in and want to work with, for example, signing in to an organization or in other ways volunteering through the study time.

This type of relevant experience will be extremely relevant to a future employer.

Second, is to choose fieldwork and a theme at the master thesis that can be relevant for the employer in the future. You have to make your self attractive.