Off to study robotic seals in New Zealand

Through six months of fieldwork in New Zealand, Marie Opdal Ulset aims to find out how welfare technology actually works. 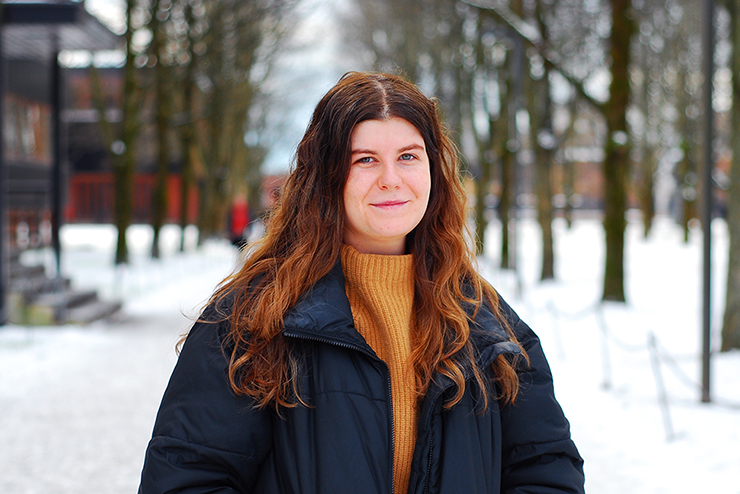 Marie Opdal Ulset is getting ready to leave for six months of fieldwork. In April, she travels to the other side of the globe. In New Zealand, she will observe how the residents of a nursing home use welfare technology in their everyday lives.

Such technology can be anything from GPS tracking of dementia patients and communication apps on the phone, to the white robotic seals with large, brown eyes that respond to touch by making head movements and cuddly sounds.

Some research has been done on welfare technology, most notably in Japan. In anticipation of the increase of elderly people in Norway, Ulset believes that the question is becoming acute: how can we take care of everyone?

- I have ambivalent feelings about this. I will probably be quite critical if I discover during the fieldwork that the "warm" technology replaces human touch, says Ulset.

New Zealand is far away. Ulset does not know anyone there from before. Although much of the country may be reminiscent of Norway, it is – as with any extensive fieldwork – difficult to say what really awaits her.

- I am excited, but I am also nervous. There is a lot that is not yet in place, which may not get in place until I arrive. I have an agreement with the elderly home, I have bought the plane ticket and got my visa, but beyond that, much is still uncertain, says Ulset.

Although she may not yet know what, the master's student has a pretty good idea about how. Through participant observation and in-depth interviews, she intends to acquire first-hand knowledge of whether this form of care actually works.

Through the introductory courses in the master's programme, she has already explored a number of practical issues related to the upcoming fieldwork. She has been walking around campus with pen and notepad, practising being an anthropologist.

- In fieldwork, it is difficult to get away from the feeling of being a spy. However, I know that trust builds over time. I just have to sit through the initial phase where things might be a little uncomfortable, and eventually the informants will get used to me being there, a bit like a piece of furniture, she says.

Of the two streams offered in the master’s programme, Ulset chose to specialise in Global Political Economy. Before applying for the master’s, she earned a Bachelor in Social Anthropology at the University of Oslo. Yet, the fact that it became anthropology in the first place was actually quite random, according to Ulset.

- I was not sure what to choose. I read somewhere that in anthropology one studies people as individuals, but also as part of society. I thought, why not?

As time went on, she discovered that she liked the discipline very well.

- Through this programme I get the opportunity to integrate my own interests into a proper research project, and I get to go on fieldwork to an exciting place. I think that is unique, after all.