Experiences gained from the 22 July massacre have underlined that knowledge about religion is a key prerequisite for preventing conflicts.

Norway has gradually become a society characterised by religious diversity, particularly in the cities. Dialogue between religious leaders contributes not only to spreading knowledge about other faiths and ways of thinking; it can help to ease religious tensions, too. Much depends on, for example, whether a population is provided with knowledge that can help to engender trust.

Researching the philosophy of dialogue 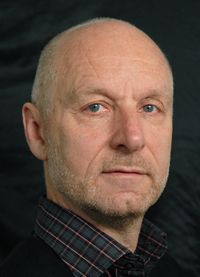 Professor Oddbjørn Leirvik at the University of Oslo’s Faculty of Theology is researching Islam and Christian-Muslim relations. His research covers areas such as Islam in Norway, philosophy of dialogue, and the significance of the concept of conscience in Islamist ethics. One of the areas in which he is using this knowledge is where dialogue is conducted between key figures in the Norwegian religious community and the Islamic Council.

“Dialogue requires knowledge about the many different schools of thought that exist within Islam, the relationship between religion and politics, and what types of cultural expression the religion has in Muslim societies,” says Leirvik.

Like Christianity, Islam has also been influenced by historical, political and cultural experiences. Both religions are to varying degrees confronted with what we call the modernity of our century.

Professor Oddbjørn Leirvik: “Both Islam and Christianity have been influenced by what we call the modernity of our century.” (Photo: UiO)

This dialogue has obviously yielded good results in Norway. Compared with the situation in Denmark, for example, it has not provoked such strong tensions between the majority in Norwegian society and the Muslim minority community.

Many people – including those in political circles – have understood that this is partly because influential leaders have demonstrated knowledge, respect and trust in their dealings with each other. It has been possible to handle potential conflicts using a preventive approach.

Professor Leirvik is one of those who have contributed knowledge to this dialogue. This has proven useful when official dialogue partners demonstrate their awareness of the fundamental features of the Islamic way of thinking and acting.
Academic work on Islam also provides the basis for the teaching conducted at the Faculty of Theology. This knowledge will qualify graduates who will enter different professions where they can make informed decisions as the leaders and opinion-shapers  of the future.

In the hours immediately following the 22 July massacre, before it was known who was responsible for the attacks on the government district and Utøya, shock triggered frightening reactions towards random Muslims by certain sections of Norwegian society. This gives cause for reflection and underlines the need to communicate knowledge that enhances understanding. Not least, it is important to discredit conspiracy theories and attitudes that may inspire violence and destructive animosity.

This knowledge must be developed through studies of the historical and authentic sources that exist and must be widely disseminated through a range of different channels.

The Faculty of Theology cooperates with churches, schools and public authorities to improve knowledge about the increasingly religiously diverse Norway.

By Helge Kjøllesdal
E-mail this page