The International Summer School kicks off on June 22, this year in a fully-digital format. Promoting global community and cross-cultural academic exchange is more important than ever. 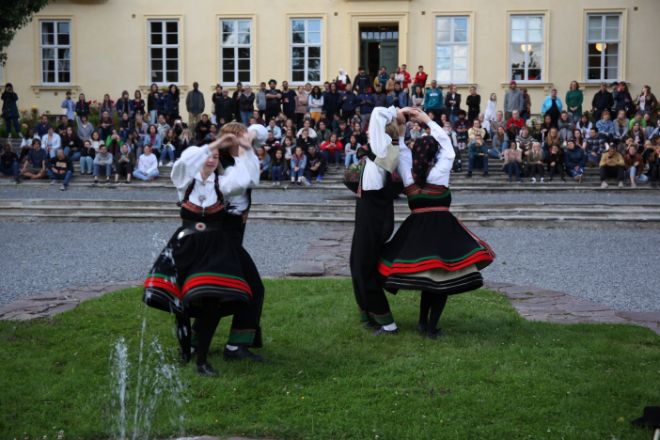 The International Summer School at UiO (ISS) in its physical format was cancelled earlier this Spring, due to the global Corona pandemic. What would have been the 74th year of six weeks of intensive Bachelor and Master’s level courses, with hundreds of international students at Blindern in Oslo, had to be cancelled. Now, ISS has turned around its operations and offered a digital summer school to the students who had initially been accepted for ISS 2020. On June 22, for the first time in UiO's history, 20 classes will kick off in what will be a fully digital summer school.

Since Easter, the small staff at ISS has worked with educators to digitalize the courses offered. After a new registration process, almost 500 students from 80 countries have accepted the digital summer offer. Of these, 350 students will take courses in Norwegian language.

This year's class is almost as large as in previous years, although the number of courses has been reduced, says ISS Director Nita Kapoor. – The core values ​​of the ISS emphasize the importance of creating a global community and cultural exchange, even in difficult times. That is why the entire staff has put in an incredible amount of work in a short space of time, in an attempt to create a digital alternative this summer. It would seem that our students feel the same way too, she says.

The academic staff have also turned themselves around to adapt their teaching.  – We will use a combination of synchronous and asynchronous online teaching, which includes recorded lectures that students can view at any time, and fit a digital format much better. In addition, students will participate in discussions, seminars, group exercises, and their own preparation for online learning.

I will have students in several time zones, so it is important that they come prepared, participate in class, and are followed-up closely by lecturers, says Kristin Engh Førde at the Center for Gender Research (STK), who teaches the BA and MA course “Gender Equality in the Nordic Countries”.

The ISS also runs Norwegian language courses to hundreds of students throughout the year, and had to completely reorganize a total of 19 classes in March, from analogue to online teaching and exams. Despite some dropout, more than 300 students completed the Spring semester.

The switch to digital teaching was an impressive turnaround by teaching staff. We have gained interesting experience with online learning, and I am full of expectation for this year's digital summer school, given what we have seen this Spring in relation to the students' willingness to learn and adapt, as well as what our organization can achieve, says Kapoor.

The course offer requires that students provide their own digital equipment, including webcam and microphone, adequate internet access, and that they are willing to participate in synchronous teaching, even though the time differences may cause core class time to fall outside of normal working hours in some countries.

–With complete loss of income for the summer, the Corona pandemic will have significant financial consequences for the Summer School, says Nita Kapoor. – In addition to 2020, we expect the economic impact could also be long-lasting.

But first, we will go through what we hope will be an exciting and dynamic digital summer. We are doing this for the very first time, so ISS2020 will be an educational experience for staff as well as students, says Kapoor.