Before Tainá Garcia Maia went to Oslo to study Human Rights, she had already mapped out all the opportunities that the master’s program offered, and step by step she grabbed those opportunities. This led her to discover hidden talents and new dreams. 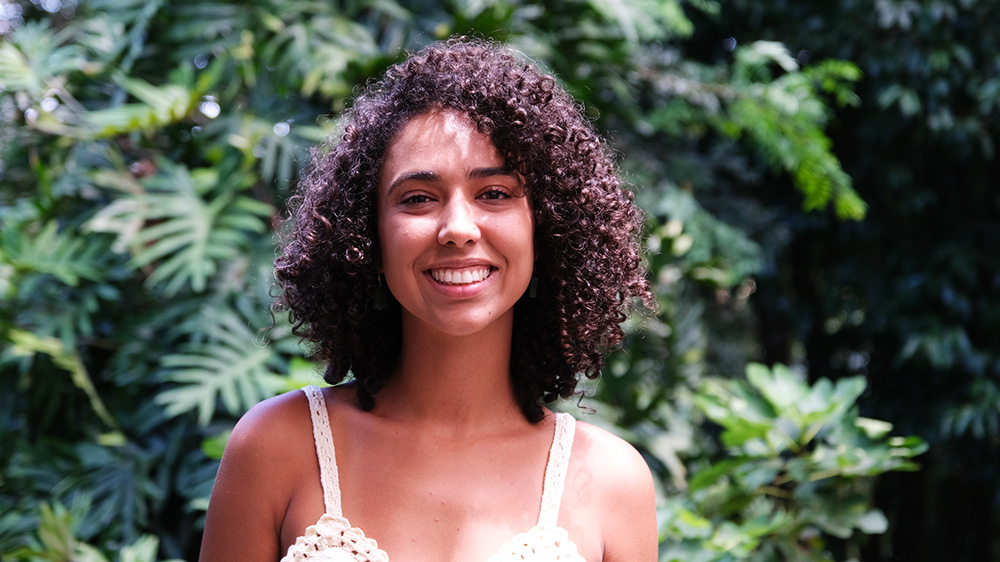 Tania says that the Human Rights master has been extremely fundamental for her as a researcher (photo: private)

Tainá Garcia Maia is currently based in Münster, Germany, where she is conducting her PhD and works as a researcher. As a researcher, she participates in a team of five women and a supervisor where they work on a project named Correcting Inequality through Law.

– In this research we are trying to find out how different courts throughout the world understand and apply the concept of equality. By looking at 19 jurisdictions from all continents, we aim at understanding what the meaning of equality for each of these courts is, and which factors influence their decisions. I.e. if there are courts that are more likely to find certain types of discrimination than other types (such as race, gender, sexual orientation…), and which political and juridical factors explain these trends, she says.

Tainá is also conducting her PhD research on the intersections of poverty and inequality in the case of Brazil at the same university.

Through a job platform

Tainá was on the lookout for a PhD position from the very beginning of her master program. She knew she wanted to do a PhD, but she didn’t know exactly where to find it. Then the Director of the Norwegian center of human rights suggested a job platform called Jobs Uk, which is a work platform for everyone that wants to work in academia or even in the human rights field as a whole. Both academic jobs, but also more practice-oriented positions. The platform shows jobs from all over the world, not just in the UK.

– Through this platform I found this position in Germany, and it was perfect for me, because it united the two things that I wanted very much in human rights research, she says.

Tainá states that the assistance of the Director of the Norwegian center of human rights was crucial in this process, both because the Director suggested the platform and gave advice on how to do a good interview for the job.

Tainá did a law degree before she did her master, and she chose the master program of Human Rights in Oslo because it was interdisciplinary and was exclusively on Human Rights.

– Even though the Master is offered within the law faculty, it is not a completely law master. It is based on law, political science, philosophy, sociology, anthropology. Actually, in my class, only me and three other students had a law background. The rest of the students were from all different fields: political science, communications, anthropology etc. And the professors had very different backgrounds as well, Tainá says.

She appreciates that the program taught them how to use different methods and angles to tackle the same questions.

– We also learned a lot from each other. I remember I would listen to the research projects of my colleagues, and the things they would perceive and discuss were completely different from the things I was used to. I could not see the things they saw, she says.

Throughout her studies, Tainá noticed that Law is important, but also quite limited in its own, as every field is when taken alone, according to Tainá.

– The programme broadened my understanding of what human rights are, the different ways through which I can perceive social reality and address problems through research and find different ways to suggest solutions in theory and practice. I apply this in my work every day, both in my PhD and in my research. I always say that the Human Rights master has been extremely fundamental for me as a researcher. The researcher I am today I wouldn’t have been without this interdisciplinary background, she says.

In a class called Human rights in Practice from the second year of the master’s program, you get a list of places where you can go to do an internship. As soon as Tainá got her letter of acceptance for the Master program, she went to the list that had been made available for the class that preceded hers and which stays available online in the website of the Master program. It was through this list that she got all of her jobs in the field of human rights during the program.

– I went to the Inter-American Court of Human Rights in Costa Rica, as well as to China and to the Norwegian Center of Human Rights to be a teaching assistant. I wrote my master’s thesis in Costa Rica and stayed there for three months to do field work. I know that is one of the reasons I got my job now, since I had knowledge on the jurisprudence and broader practice of Inter-American Court, the latter being one of the courts on which Münster researches, she says.

In China she got to develop her teaching skills, which she is now using as she is creating and holding a class at a university in Brazil.

When asked if Tainá has any advice for students that wish to work in the same field as her, she has already prepared a list of eight points that has worked well for her.

The first advice is to map the opportunities for work and internships that the class Human Rights in Practice gives you and try different places.

– Many of these internships are paid. Once I got accepted to the master program (even before I went to Oslo), I found the list of internships and conducted a mapping. I selected the places that were most interesting for me, and I checked continually if they had open spots, she says.

One of the places that opened up wasn’t in the area that she wanted, it was on nuclear weapons. But Tainá decided to apply anyways. She thought perhaps they would look at her CV and motivational letter, and maybe they would consider her for their Department of Human Rights.

– I didn’t get the position on nuclear weapons, obviously. But they said I would be a good person for the Human Rights Department, and I got an internship there. I asked them if it was possible to have a paid position, because it’s difficult to stay in Oslo if you don’t have a job. You can always ask. They said yes and after the internship ended, they hired me. I worked almost a year with them, until I went to China, Tainá says.

Map the places from the list as early as possible, and start applying, is her advice.

Her second advice is to become a teaching assistant.

– The Norwegian center of human rights gives the opportunity of being a TA, both on the Center, but also in other countries. Even if you don’t want to become an acacemic, it’s always a good idea to study more topics, to present yourself and train to be a public speaker, she says.

Tainá has several other advices.

– You should take elective courses, even if you have done the number that is minimally required, Taniá says. – And also take elective courses from other faculties than the one you come from originally. Adventure yourself in Political Sciences, Law or Sociology, as human rights are intrinsically multidimensional. Also, go to other countries to work. The program presents many options, you can go to i.e. Indonesia, China, Costa Rica.

Tainá also recommends applying for a scholarship for the master thesis.

– Many of my collages and I got scholarships. I used mine to go to Costa Rica to do field work and work at the Inter-American Court. You’ve got several organizations that provides scholarships depending on your field. Apply for many of them, and don’t give up. I applied for 3-4, and I got one from Fritt Ord, she says.

If you plan to do a PhD, Tainá believes you should consider a 60-credit thesis.

- Our human rights masters have 30 credits as a standard, but you also have the opportunity to do a 60 one, she says.

Her final advice is to publish an article in an academic journal. This can be done using the best exams where you got a good grade and work them into an academic article.

Because Tainá took all these opportunities during the master’s program, she noticed that her dreams, abilities and plans started to develop. From wanting to be a diplomat as a child and young adult, little by little she found out that she also loved teaching and researching.

– I held classes during three months in China and it was really exciting to see the response from the students. So, I guess one of the things I learned from all the experiences in the master’s program is how broad my horizons became and that I could create new dreams. New dreams that didn’t necessarily exclude the ones I already had, they were just other options and other plans. I think life is unpredictable, and it’s good to have multiple plans, she says.

The master’s also taught her that she actually had something to offer to a work place.

– Before the master’s I always saw myself as an unpaid intern that was doing internships in many places, and I didn’t see myself as someone who was ready to be a paid employee. The master gave me confidence. After those years, I felt ready to present myself as a paid worker, she says.

On further career plans and dreams, Tainá says that she likes to work on many different projects and to be open to different paths.

– What I would like the most is to become a professor at a university. The second step on this path is to do a post.doc. I would like to work in a University and give classes, because I like the exchange with people. Like Paulo Freire explains, a teacher does not only teach, and the student does not only learn. This is the dialectic of teaching, you learn from each other, she says.