Alert sweep sound and its evaluation by objective measures

By Koki Furuya (Toyohashi Univ. of Technology), visiting researcher at RITMO in January/February 2019 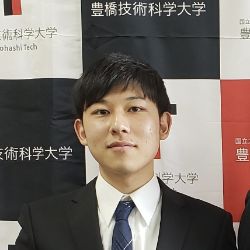 In January and February 2019, I took part in an internship at RITMO for two months. In Oslo, I was able to spend a fruitful time and learned a lot by interacting with several RITMO members. During the internship, I worked on a study that was focused on “alert sounds” and the “pupillary reaction” to these sounds.

The main question was: What is the important factor for sounds to be alerting? The following are the most important four aspects: 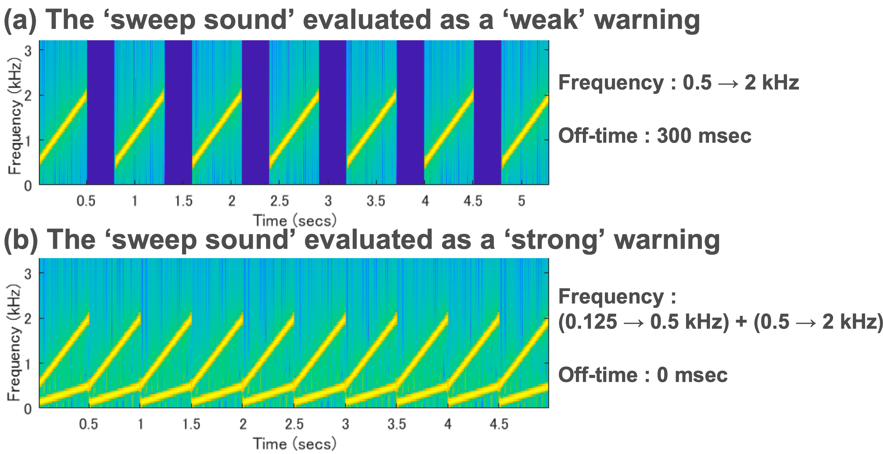 According to some previous studies, alert sounds consisting in sweep sounds that are frequency-modulated (e.g., an ambulance siren) are perceived as warning sounds of “danger” in Japan, Germany, and the USA. These reports also indicate that the frequency components and temporal pattern play important roles on their effects. A sound is judged as a stronger warning when a wider frequency band is included, and when the off-time between sweep sounds is made shorter (see Figure 1). These results were based on listeners’ behavior, but it remains unclear whether they can be distinguished based on some physiological index.

In the internship, we reasoned that pupillary responses (dilations) are known to reflect emotional arousal. We hypothesized that including wide frequency band and off-time changes between sweep sounds will affect this arousal response to the sound and, in turn, be expressed as clear increases in pupil dilations. To investigate the hypothesis, we conducted psychophysical experiments using an eye-tracker and playing different types of alert sounds.

We did not obtain clear evidence that was able to distinguish pupillary responses to the different alert sounds we used, but the experience during this internship provided me with new knowledge about how to conduct a pupil measurement. Many RITMO members were very generous and helped me with my experiment. I am really grateful. If given another opportunity, I would like to visit RITMO again.