One year at RITMO 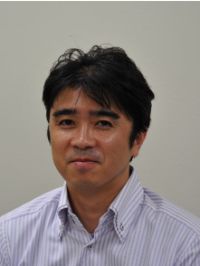 I had the opportunity of staying at RITMO as a guest researcher for a year (Mar 2019- Mar 2020) supported by RITPART and Grants-in-Aid for Scientific Research from the Japan Society for the Promotion of Science (17KK0005 and 13904120199937). So far, many students from Toyohashi University of Technology (TUT) have visited and stayed at Professor Bruno Laeng's laboratory and RITMO, and collaborated on pupillometry studies with him. Thankfully, during the stay, two collaborating papers have been accepted:

I work in the Electronics-Inspired Interdisciplinary Research Institute in TUT. RITMO is also an interdisciplinary research center in Rhythm, Time, and Motion. When I participated in events such as "Food & Paper" and other research discussions, I was impressed by how well the interdisciplinary research that was going, focusing on rhythm as a structuring mechanism for the temporal dimensions of human life, which will have a positive impact on my research life in Japan. Also, the attitude toward the environment was imposing, and I enjoyed eco-friendly events such as cloth-swapping. I will try similar events in my laboratory.

During the stay, I focused on the two projects: pupillometry in the real environment, and cross-cultural studies of the facial color effect on facial expression. One of the impressive things was the experiment we did in a Norwegian primary school about the facial color. Facial color varies depending on the emotional state, and different emotions are often described in relation to facial color. In our previous study (Nakajima et al., 2017), we investigated whether the recognition of facial expressions was affected by facial skin color and vice versa. The results showed that the perception of facial expression was clearly influenced by facial color. With the fear-anger morphs, intermediate morphs of reddish-colored and bluish-colored faces had a greater tendency to be labeled as angry faces and fearful faces, respectively. To test whether these effects between facial color and expression are universal for humans, we need to generalize the study across countries and cultures as well as across ages, since the above-described study was conducted mainly with adults and in Japan. The findings from the proposed study will contribute to understand more general aspects of humans' cognition and behavior. The objective of the study is to test whether facial color affects expression universally. Thus, the results obtained in Norway were compared with those in Japan. We collected the participants' responses to face stimuli with expressions using digital Tablets in UiO and a Norwegian primary school. In the near future, we will present these new findings.

Unfortunately, I could not say good-bye to everyone in RITMO due to the COVID-19 situation. I really appreciate all the kindness and the one-year stay in Norway is extremely impressive to me. I hope to come back soon and look forward to seeing RITMO members in the workshop held in Toyohashi, Japan. I hope for robust international cooperative networks and to promote research collaborations between Norway and Japan.

By Tetsuto Minami (Toyohashi University of Technology)
E-mail this page