Professor Shaun Gallagher from the University of Memphis and University of Wollongong will give a seminar lecture on "Complicating the mesh: Integrating multiple factors in skilled performance".
Time and place: June 9, 2020 4:15 PM–5:45 PM, Zoom Webinar 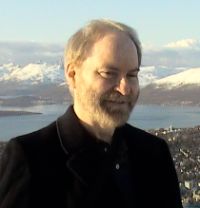 The idea of a meshed architecture (Christensen, Sutton & McIlwain 2016) has been proposed as a model for explaining skilled performance. In discussing this model the focus has been on a vertical integration between top-down (cognitive) control and bottom-up (automatic) motor processes. I'll suggest that we need to complicate the model in two ways. First, by showing how the vertical integration is complicated by affect and by habits that are not merely automatic, but can initiate control features from the bottom up. Second by showing how vertical integration is meshed with horizontal factors -- material and environmental factors that enable and constrain performance. Resources for rethinking this concept of meshed architecture in extended and dynamical terms can already be found in recent work by Christensen & Sutton, Høffding, Tribble, and others. Here, however, we need something like a theoretical mesh to get the architecture right.

Shaun Gallagher is a philosopher at the University of Memphis (USA) and at the University of Wollongong (Australia). His research topics are embodied cognition, social cognition, agency and psychopathology. Gallagher received his PhD in philosophy from Bryn Mawr College and has studied conomics at the State University of New York–Buffalo. He is one of the editors of the journal Phenomenology and the Cognitive Sciences. Some of his notable books are: Enactivist Interventions: Rethinking the Mind (2017), How the Body Shapes the Mind (2005), Phenomenology (2012), Hermeneutics and Education (1992), The Inordinance of Time (1998), Brainstorming (2008), and (with Dan Zahavi), The Phenomenological Mind (2008, 2012), and he is co-author in The Neurophenomenology of Awe and Wonder (2015), He is also editor of The Oxford Handbook of the Self (2011).

It was not time for answering all questions during the webinar. Below are some replies written by Shaun Gallagher after the session.

Henrik Herrebrøden: The Meshed model emphasizes task difficulty as something relevant for how much higher order control the performer will use. Do you think Christensen et al. define difficulty in a satisfactory manner? For example, in many sports, a skill can be difficult to execute accurately but have virtually no decision making component (e.g. a football player who needs to make a long and precise pass forward, with only 20 seconds left in the game, in order to help his team score a late goal). I would assume that situations that have difficult decision making components (e.g. with many options) would demand more cognitive control than a difficult situation such as the mentioned example with less of a decision making component (i.e. few or no options for action solution). Since Christensen et al. touch on the difference between higher-order concepts (e.g. decision making) and execution, I find this distinction lacking in their concept of difficulty and implications for cognitive processing.

Henrik Herrebrøden: Is it realistic to hope that the Meshed model can give a meaningful account for performance in both sport and music, given the wide range of 1) tasks (for example football with lots of decision making, versus guitar playing of a familiar piece) and 2) factors that influence the role of cognitive (higher-order) control (for example social factors, culture and individual difference such as personality)?

Thanks Henrik for both your questions. Christensen et al. do suggest that top-down control, can be “smooth,” “adaptive,” or “effortful” (p. 52), so it seems to me that the allow for difficult situations. Also Høffding and Satne (2019) use the same terms -- distinguishing “smooth control”, “adaptive control”, and “effortful problem solving,” each of which shade into one another.

Henrik Sinding-Larsen: Would not this double atunement also apply to non-aesthetic experiences?

Chris Stover: I’m troubled by the phrase ‘stopping at the edge of action’, for exactly the reason you bring up in the possible point of contention at the end of your talk - we can’t pick up the pipe, etc., of course, but that’s only one very specific response-action to the stimulus of engaging a work of art. Could you respond to the counter-position that many modes of engagement—from pupils dilating or heartrate accelerating to dancing to simply thinking/reflecting in the moment—are themselves actions in a non-trivial sense?    (In othe words, I’d want to see what happens when we align along the side of observer- and performer-AEs as a dynamic spectrum of action-relations.)

Thanks Chris. My sense is that when Brincker talks about stopping at the edge of action she means pragmatic, intentional action in response to what is represented (e.g., the pipe). I don’t take pupil dilation or change in heart rate to be a form of action – it may be what Mark Rowlands calls a pre-intentional act (I would say an affective response). I think I did say that there are surely some cognitive activities going on in the observer and I would consider them actions in a broad non-trivial sense. All of this may be part of what it means to engage with art – but it may not be practical action in the sense that Brincker means.

Susanne Ravn: Thanks a lot Shaun – this was suuper interesting. I indeed like the description on double attunement. my question relates to the last/second last slide concerning attunement: I am curious about how you, will handle the distinction between the audience and performer AE in the case of, for example, audience involving performance work (e.g. site specific walks depending on audience involvement to fulfill task, interact with performers and so on.) In other words, when emphasising that there is not only a difference in degree – but in kind - between audience and performer AE, are your analysis here implicitly hmmm… ‘constrained’ by and implicitly reflecting a cultural traditions where artistic performances are set up in theatres, black boxes and so on ?

I knew someone would ask this. What happens when the fourth wall is eliminated? But in that case doesn’t the observer suddenly become a performer? Or at least participating in the performance? I don’t see a major problem here. But I could imagine that if a member of the audience would be suddenly called upon to join the performance, it is likely that AE dissipates on either side – as observer or as performer. But that might just go to novice vs skilled performance, where for the novice performer the mesh isn’t quite working.

Juan M Loaiza: The idea of the interruption of practical affordances seems to be very dependent on a culturally specific idea of aesthetic experience (perhaps a western notion of aesthetics). But what happens when we think of other cultural situations in which the observation of the tiger in the painting cannot be disentangled from the, say, magical effects of the tiger on the observer? "halting on the edge of action" doesn't seem to capture those other affordances found in the more complicated continuity between aesthetic experiences and religious/magical experiences through animals, objects, icons, talismans, totems, etc.

Great question. Clearly the halting at that edge of action reflects a Kantian idea, so yes, a western notion. It would be great to look across cultures to see some different ideas. Aesthetics is not my research field, so I have hardly explored even the western tradition. But as a first pass on your question, I’m not sure why we should necessarily characterize the magical experiences you describe as aesthetic experiences. Maybe magical experiences are different from aesthetic experiences, especially if they call for more pragmatic engagement. Still, it seems possible that some rituals come with aesthetic components. Let me know if you have any sources in mind for this.

Terence Cave: I’m concerned that the word ‘cognition’ is being used as virtually synonymous with ‘reflective’. Isn’t that playing into the dualistic perspective that enactivism is supposed to avoid at all costs?

Thanks Terence. Didn’t know you were there. I listed a number of different mindful processes that people discuss:

None of this forecloses on understanding these processes in enactivist, embodied terms. You may be right that to call them all cognitive may be misleading even if we think cognition is embodied.

Anne Danielsen: What about the role of time? Are we floating in and out of the two modes of attunement that are implicated in the notion of double attunement or are they going on at the same time?

Thanks Anne. I consider this in a larger piece of work and I follow Wollheim’s suggestion that it’s a unitary experience. So I don’t think that it’s like flipping between one attunement to another, but rather that it’s an integrated unitary phenomenon. On the performance side, I think this may relate to the idea that if I’m playing the music I’m not breaking away from my performance to explicitly focus on the music as a kind of object. Notwithstanding Wollheim’s suggestion, however, I could imagine the observer flipping back and forth especially if one thinks of the twofold in (externalist) terms of the art object rather than in terms of experience-performance.

Gediminas Karoblis: Comment on Anne Danielsen’s question and a question: could this theory specify how (differently) time and space are constituted in skilled performace? Husserl’s theory claims that it is constituted kinaesthetically. How this theory connects to Husserl’s?