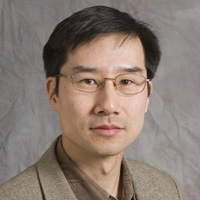 Epistemology in the tradition of analytic philosophy has been unnecessarily constrained by its commitment to treat knowledge merely as belief in propositions. In the tradition of pragmatism, I advocate a broader view, which takes knowledge as the ability to do things. This philosophical outlook has a strong affinity with the orientation of many scholars in science and technology studies, including Bruno Latour and Michel Callon, who have emphasized the inseparability of science and technology. There are important epistemological implications of taking the notion of technoscience seriously, which analytic philosophers have ignored. I will illustrate these implications through the discussion of one extended case: “battery science” from the 19th century, which encompassed not only electrochemistry but also electrotechnology and some important aspects of physics and even physiology. I will highlight four exemplary moments from this history: (1) how the invention of the battery created electric circuits, thereby establishing the fundamental theoretical concepts of current and resistance; (2) how observations concerning electrolysis affected our conceptions of atomic–molecular chemistry and microphysics; (3) how the Daniell cell, the modern textbook configuration of the battery, and the concept of redox potentials developed in mutual dependence; (4) how the Grove gas cell, the ancestor of the modern hydrogen fuel cell, stimulated the notions of reversibility and energy conservation.